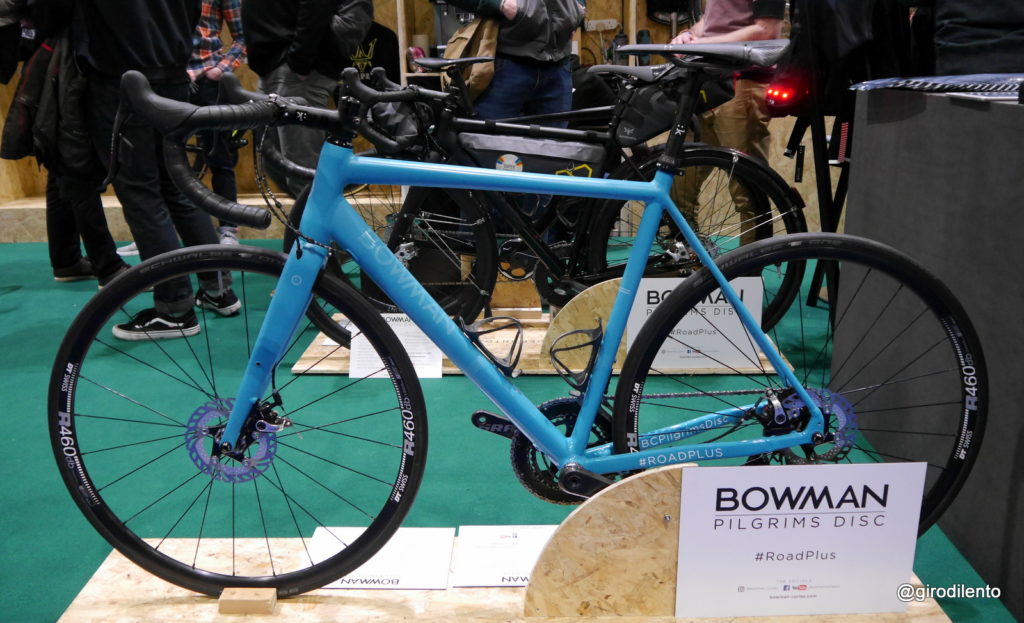 The Bowman Pilgrims Disc is the second generation of the company’s road plus disc braked bike. Whilst the geometry is largely unchanged there are a raft of changes which should make this an affordable and compelling choice for many riders. 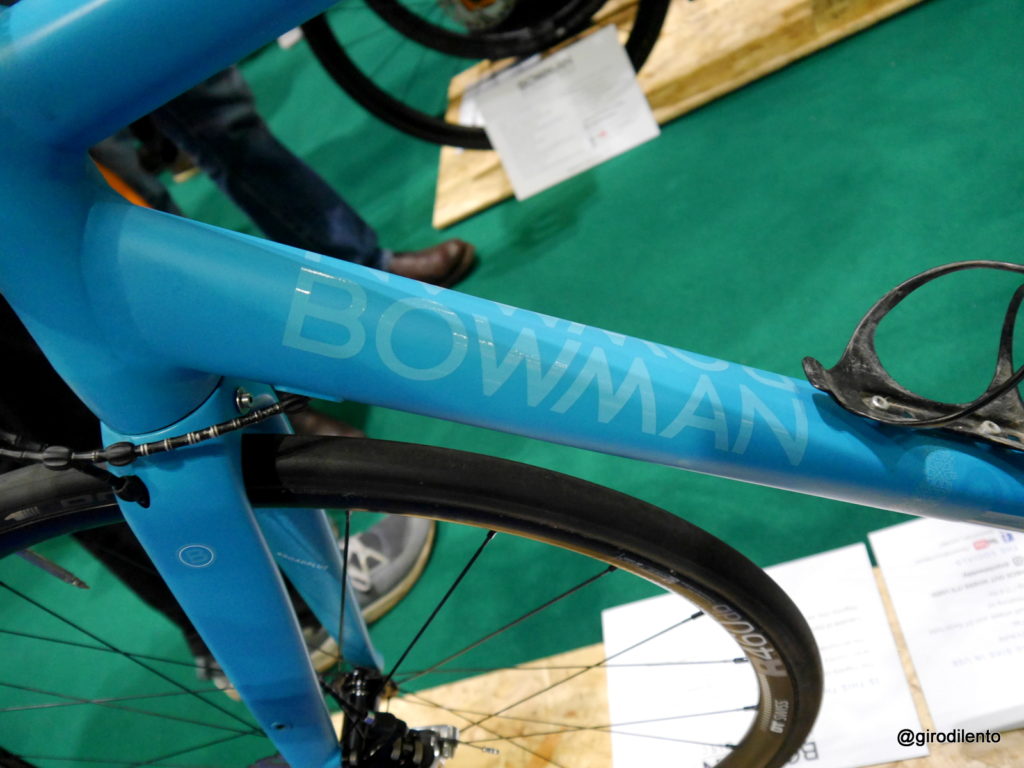 Back in early 2015, I rode a Bowman Palace and posted some very positive thoughts on it. It was light, fun, fast and rode extremely well, especially given the relatively modest price. It was a bike that make me always want to take a close look at any other Bowman frame. 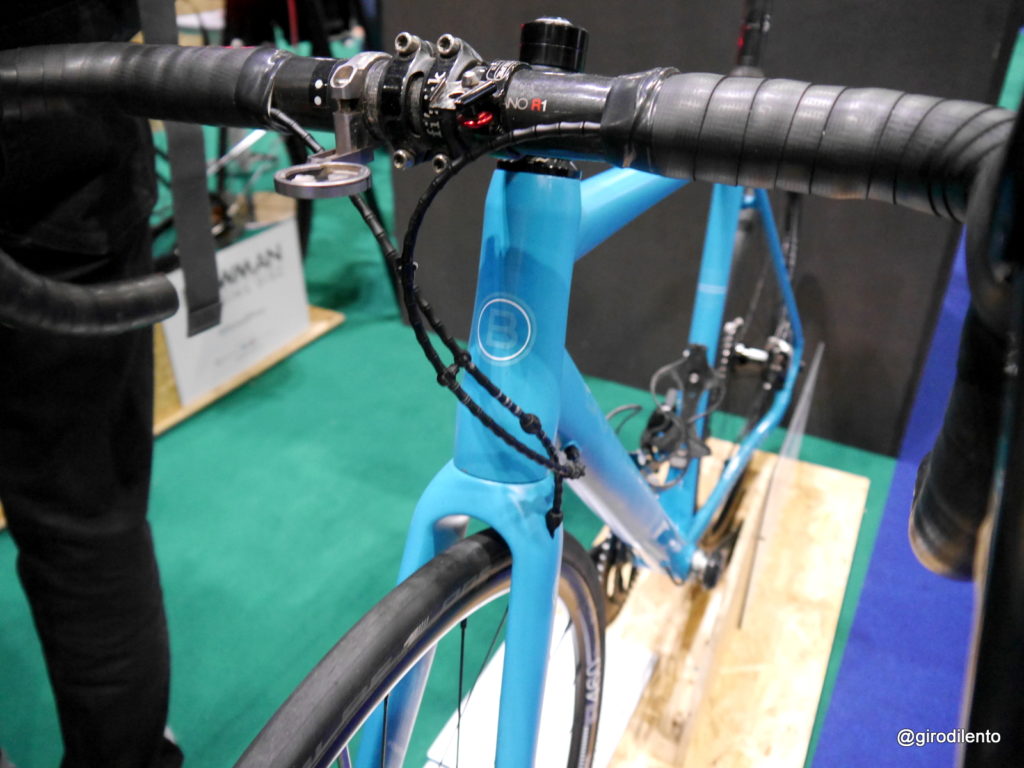 In some respects the original Pilgrims frameset was a touch early. It was out before we saw the flat mount disc brake standard settle and the 12mm front and rear through axle become the dominant standard. However the marketplace has moved on significantly during the last few years and so have Bowman. The geometry is almost unchanged, which is a good thing as they got that right first time around. They’ve made a big change in the tube set for the new Pilgrims. The original was based around the tubeset for the Layhams ‘cross bike, which meant it was very strong but that was also reflected in a less forgiving or smooth ride. For the new model, Bowman have taken the 6069 aluminium tubeset from the Palace:R frameset that won the Road.cc frameset of the year and built the Pilgrims Disc. This includes the square flare seattube of the Palace:R and collectively this new tubeset should give the Pilgrims Disc performance and ride quality of the Palace:R but in an endurance and road plus design. 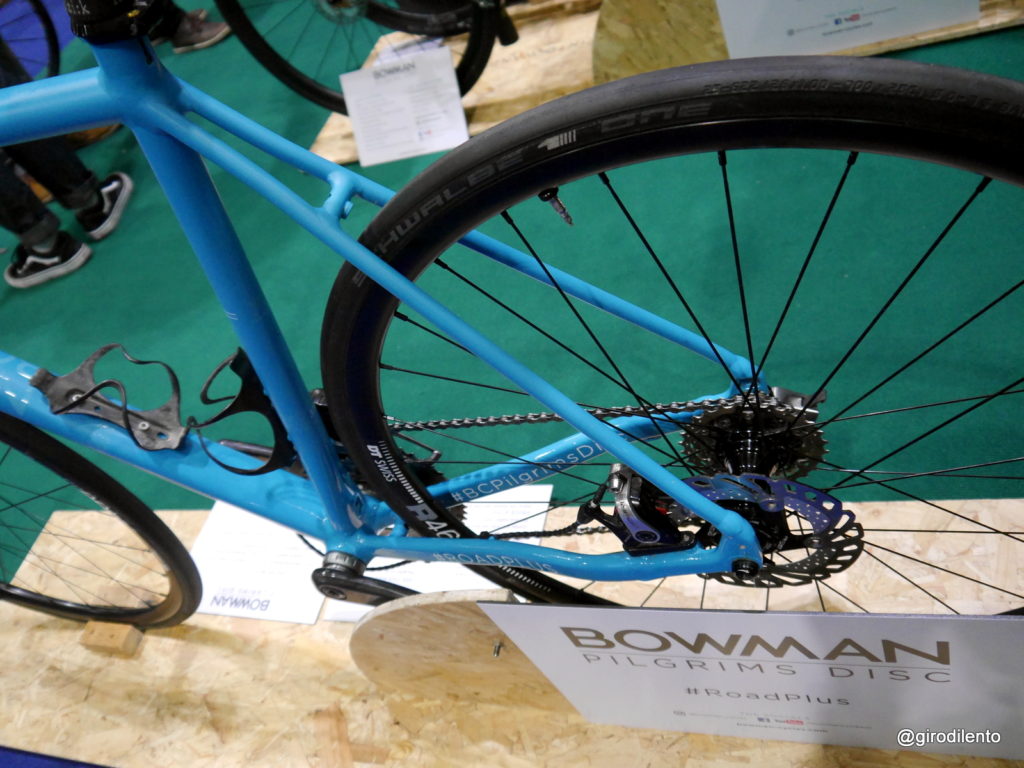 The Pilgrims Disc boasts clearance to run 30mm tyres or 28 mm with full mudguards. It has a traditional BSA threaded bottom bracket for reliability and lower hassle. It has a full carbon tapered steerer fork (with mudguard mounts) and 12mm through axles (supplied with the frameset). The Pilgrims Disc can also be fitted with 650b wheels as you can see in my photo of the black one from the London Bike Show that featured Hunt’s brand new 650b carbon rims. This is welcome additional versatility. 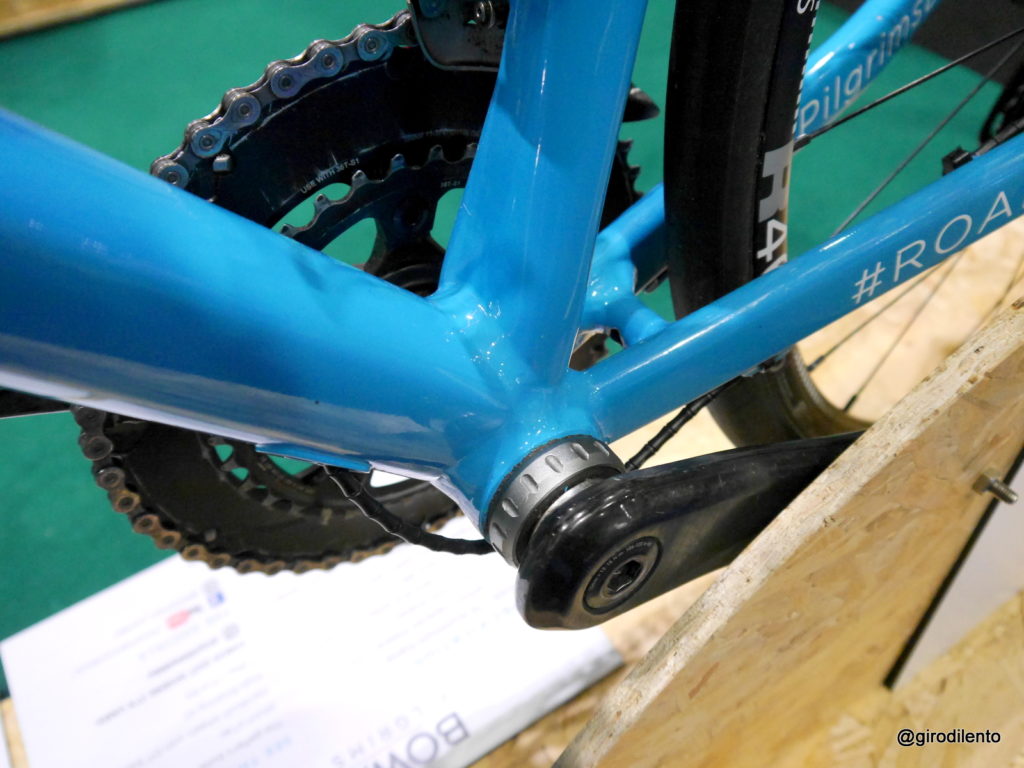 Flat mount disc brakes are specified front and rear (140mm with adapters for 160mm). The frameset is available for pre-order now in 6 sizes in either the teal colour or black. It’s priced at £795 for the frame, fork, headset, through axles and seat collar). 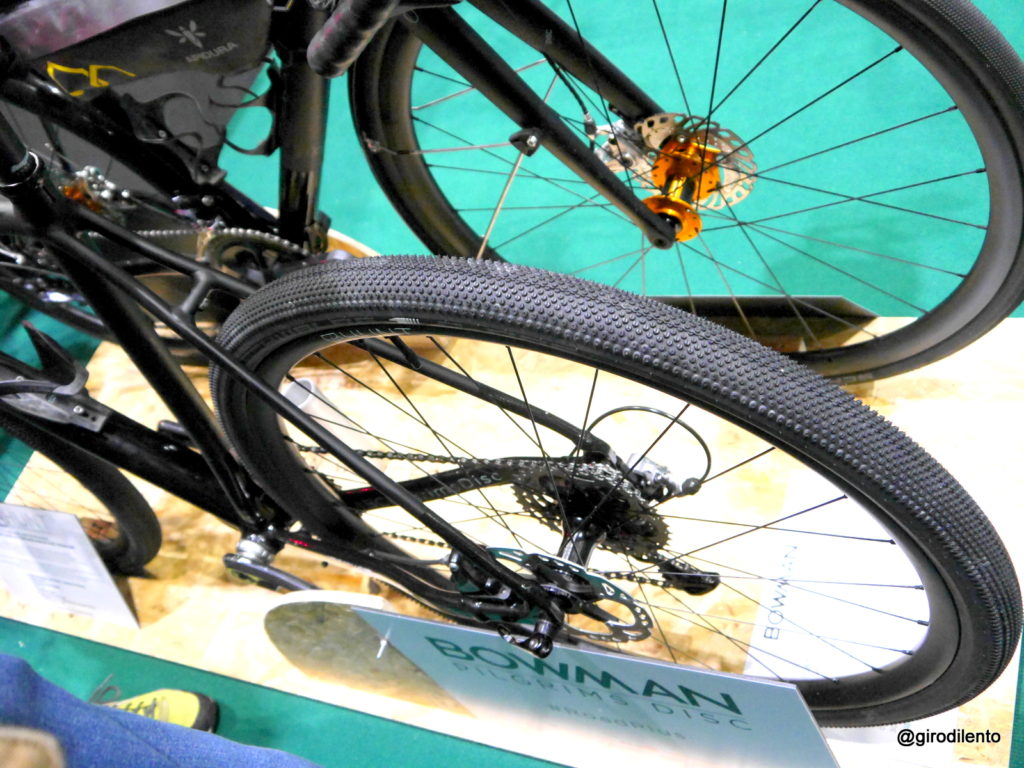 As luck would have it, I ride the same size Bowman as head honcho Neil Webb, so hopefully I might be able to borrow Neil’s bike soon to try it out. 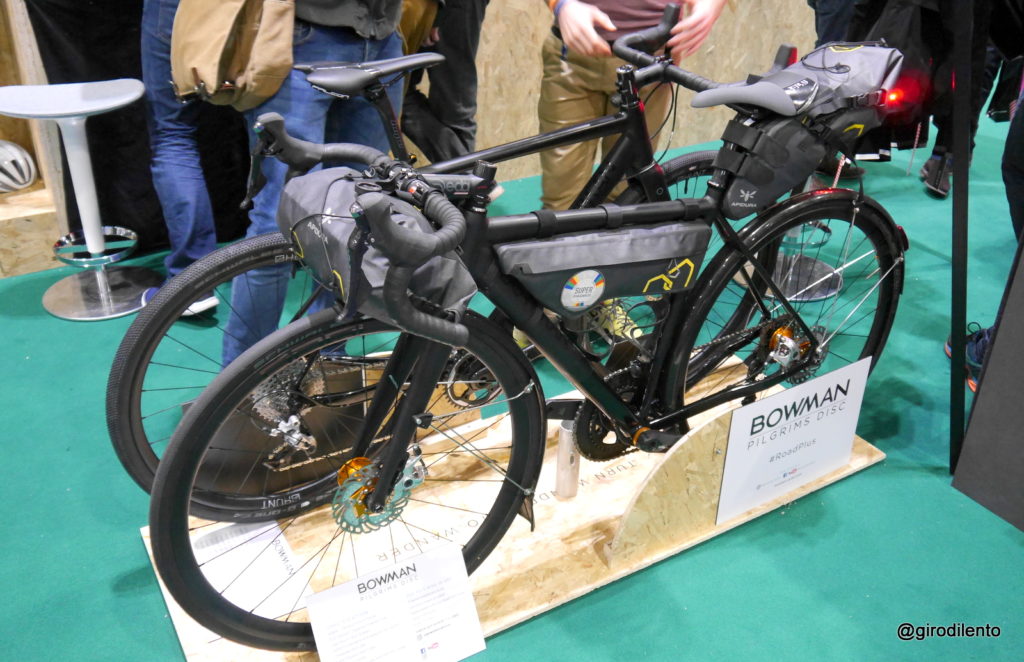 In the meantime,  you can find out more from Bowman here: https://bowman-cycles.com/products/pilgrims-disc