In my first look post on the Datum I began by saying “Sometimes you can tell if you’re going to like a bike within the first few miles of riding it. The Genesis Datum is one of those bikes. “After much more riding, I was just as smitten by this bike as I was at beginning. I think it’s an absolute cracker of a bike and I was very sorry to see it go back to Genesis.

As I mentioned in my products of the year roundup, the Genesis Datum for me represents another positive and welcome step forward in bikes that are designed for the reality of British riding conditions in the 21st century. The truth is that the vast majority of us are not actually racing, riding fast, yes. Having fun, absolutely but pinning on a racing number, probably not. Increasingly we’re also having to contend with poorly maintained and deteriorating road conditions. I think the trend towards social and adventure riding are part of a shifting landscape that the Datum is absolutely perfect for. We’ve also seen a move towards wider tyres and the Datum takes this concept and runs with it with the possibility of running up to 40mm tyres (and 45mm mudguards – though not together). That’s a big jump wider than the 28mm many manufacturers currently see as plenty. 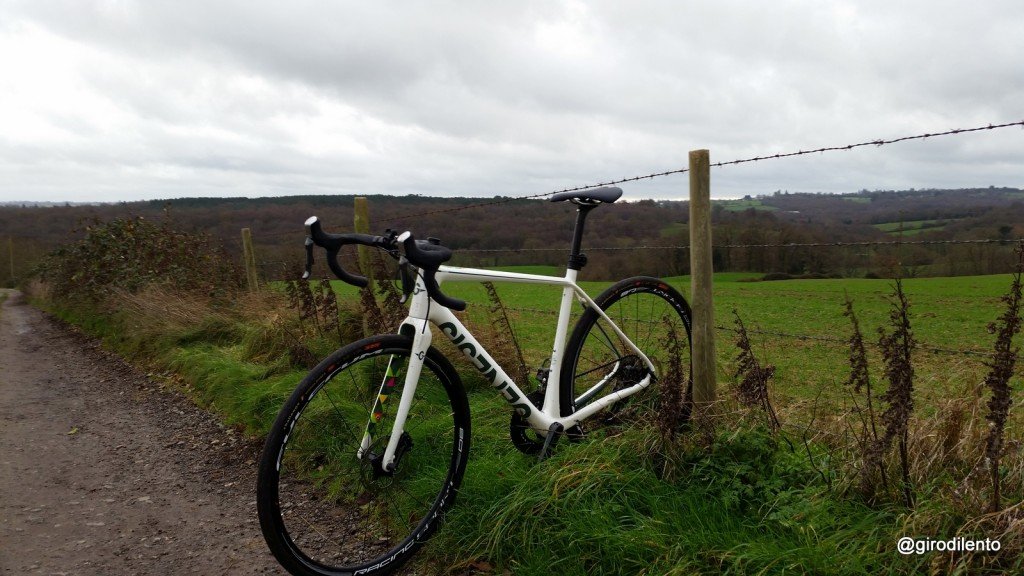 But even if you want to put all of the above aside, the Genesis Datum is just good fun to ride and that’s more important than any spec list or design detail. Like the Genesis Equilibrium, that the geometry is taken from, the Datum is not a race bike. It’s not quite as nimble but it can be hustled along surprisingly quickly, it’s predictable, dependable and a terrific companion to while away the hours on.

Genesis’s decision to make the Datum from carbon fibre has really paid off. Yes, part of the logic was to allow them to make the seat tube cut-out to enable shorter chain stays with big tyre clearance, but it’s also allowed the bike to be a bit lighter than a metal counterpart would be. A couple of years ago I reviewed an Equilibrium, which I very much enjoyed but it was a lot heavier than my carbon bikes (2-3kgs) and I wondered at the time how much more fun a lighter version would be. For me the Datum is that bike, but with a heap of other benefits – flat mount disc brakes, internal cabling, Di2 compatibility, through axle front wheel, huge tyre clearances and more comfort. The Datum in the 30 spec I had is a very impressive bike.  The geometry has been cleverly thought through so that even using what’s effectively a Cyclocross fork, the Datum isn’t too high at the front end and the sizing looks good across the range. 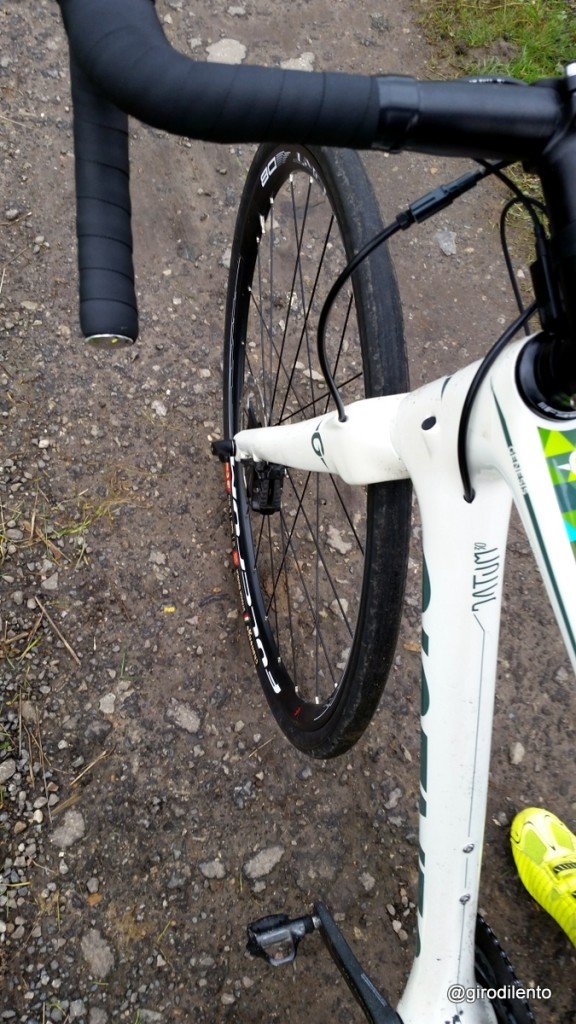 The build options Genesis are bringing to market are also well thought through and work well at each of the price points. If you want to build your own bike, you can buy the frameset for a reasonable £999.99. The Datum 10 for £1,799.99 has by far the best colour scheme of the range to me – it looks fantastic in the flesh and the spec is a smart choice. Usually the most expensive bike gets the best paint job in a range – but not the Datum, in my opinion at least. The new 10 speed Tiagra looks and performs terrifically for the money and TRP’s HyRd brakes are probably the best non full hydraulic option on the market. The Genesis finishing kit is excellent – you’d not need to change anything. The Fulcrum wheels are a bit heavy and dull the road feel a touch but they’re tough and roll well. On the bike I had were 30mm Challenge tyres which rode fine but I swapped the wheels out for some Kinesis Race Lite Discs matched with 28mm Continental GP 4000S IIs and found a noticeable improvement in the ride and speed of the bike – not least because the combination dropped over 400 gms off the bike weight. There’s nothing at all wrong with the standard spec but lighter wheels would make for a nice upgrade. 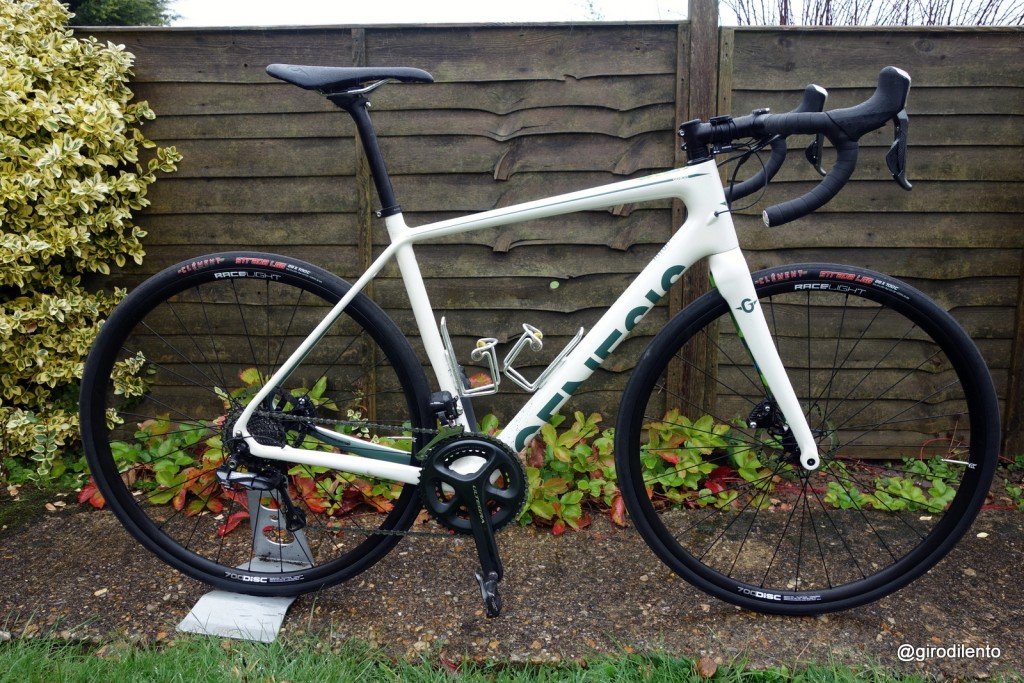 The Datum 20 is also well specced with the finishing kit upgraded to Shimano 105 chainset, mechs and cassette with the new 105 hydraulic disc brakes. It’s the same matt black colour as the frameset and is the stand out choice if you’re looking for a stealthy finish.

The top of the range Datum 30 features a full Shimano Ultrega Di2 groupset with the top of the range RS805 hydraulic disc brakes and R785 shifters. This is the spec I tested and quite frankly it’s fantastic and a brilliant match for this bike. I did really like the paint scheme too. I’m not a big fan of white bikes but it’s an interesting use of colour and patterns and it works well. I still prefer the red of the Datum 10 but I love the Di2 version of the bike. 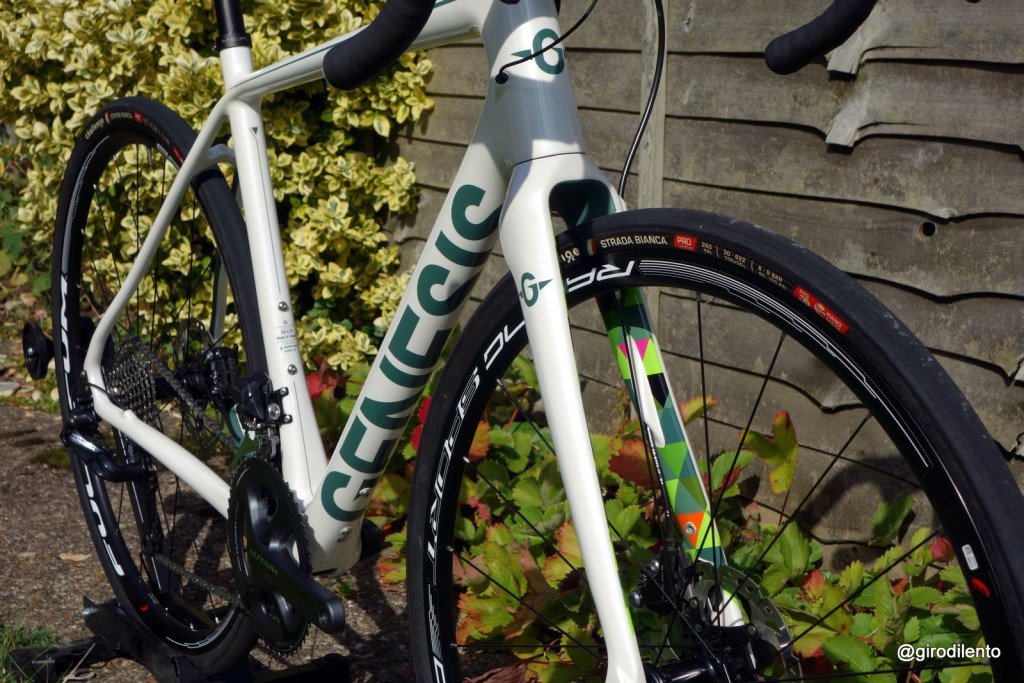 Arguably, it could work out cheaper to buy the frameset and build up the bike yourself and pleasingly that’s an option as long as you like the matt black finish. 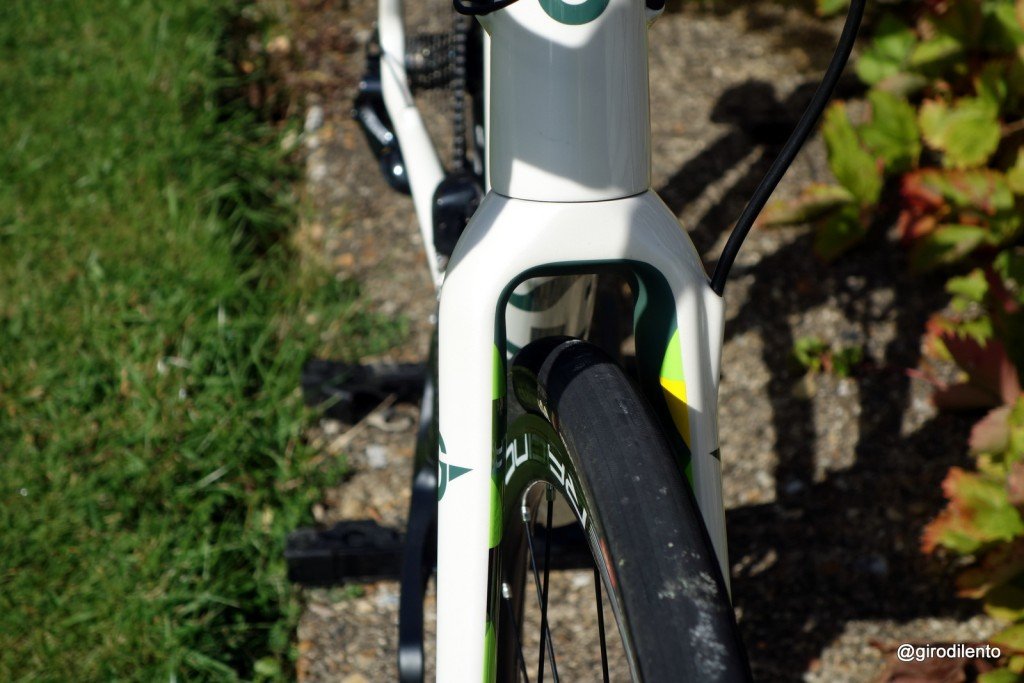 I loved my time with the Genesis Datum 30. I can’t think of a test bike that I’ve enjoyed as much since the original Kinesis GF_Ti but this bike tops it. The Datum has a near perfect geometry for us everyman riders, it’s as close to future proof as you’ll get in terms of its flat mount brakes, internal cabling, Di2 compatibility, tapered full carbon fork, wide clearances and front through axle. You can take it off-road a bit if you want but it works incredibly well as a comfortable, quick enough, fun and engaging road bike. Genesis have taken what was great about the Equilibrium, tweaked it with all of the above features and added huge clearances and the lower weight the carbon offers – whilst still providing an excellent ride. 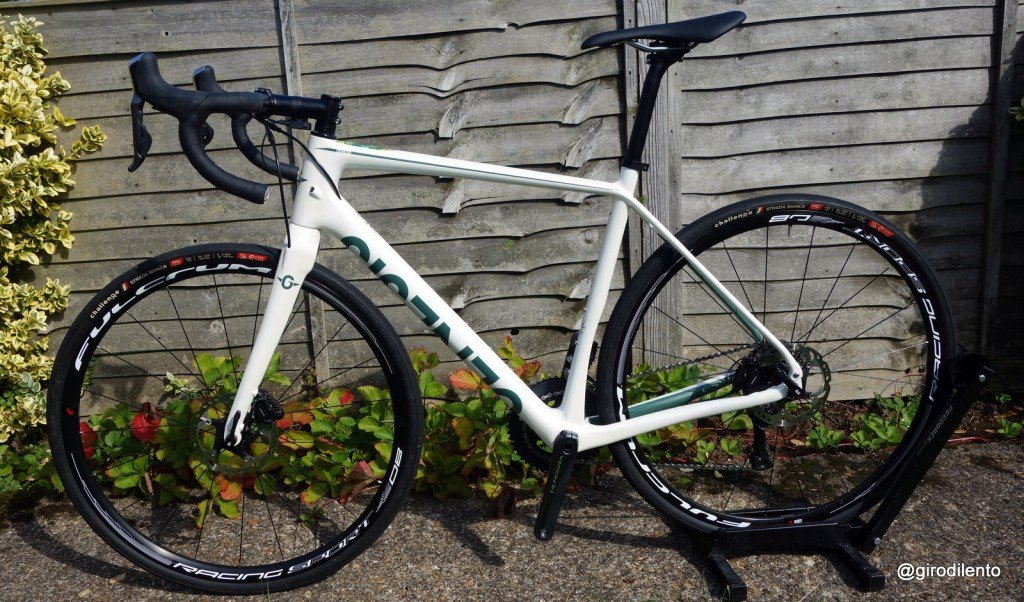 It’s also been a sales success. The early stock sold out almost instantly and whilst there is more on the way, it won’t be here until around April.

I could easily see a Datum in my garage but not as my only bike. As a compliment to my aero race bike the Datum could easily be all I needed in a road bike for those days I’m not looking to go as fast as I can. The truth of the matter is that those less frenetic days are really the majority my riding and if it is for you too, then check out the Datum.

Who/What the Datum is for:

What the Datum isn’t for:

If you’ve not already read it, I recommend checking out my first look post too as that covers more of the technical side of the Datum: https://girodilento.com/genesis-datum-30-first-look-review/