Since my first look blog post on Zero Disc, I’ve put another few hundred kilometres in on the bike.  Pleasingly, my enjoyment of the bike actually increased the longer I spent with it. The Genesis Zero Disc is a well realised, disc brake road bike that combines good handling, a stiff but comfortable carbon frameset with the confidence that 12mm through axles and disc brakes bring.

My early impressions were that the Zero Disc was firm but offered enough comfort for a few hours riding. An unexpectedly long social ride of just under 100km that seemed to take up most of a recent Sunday, proved that the Zero Disc was just as good a companion on longer rides as short ones. It also showed it was happy enough to travel at slower speeds as well as faster ones. 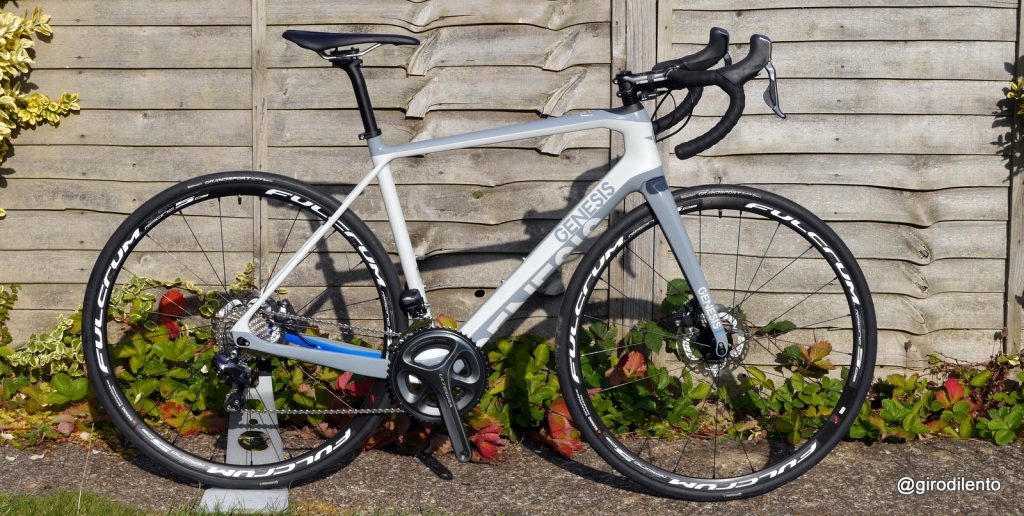 The Zero Disc as I mentioned in my previous post, takes its geometry from the well respected and proven Volare. The Zero is Genesis’s carbon race bike range, so the Zero Disc was always going to feature fast nimble handling in the move to disc brakes. As the Genesis Datum has endurance geometry, large tyre clearances (including mudguard mounts), these are absent on the Zero Disc. There’s no mudguard provision and whilst the tyre clearance is probably good enough for 28mm tyres, it’s not designed for big clearances. 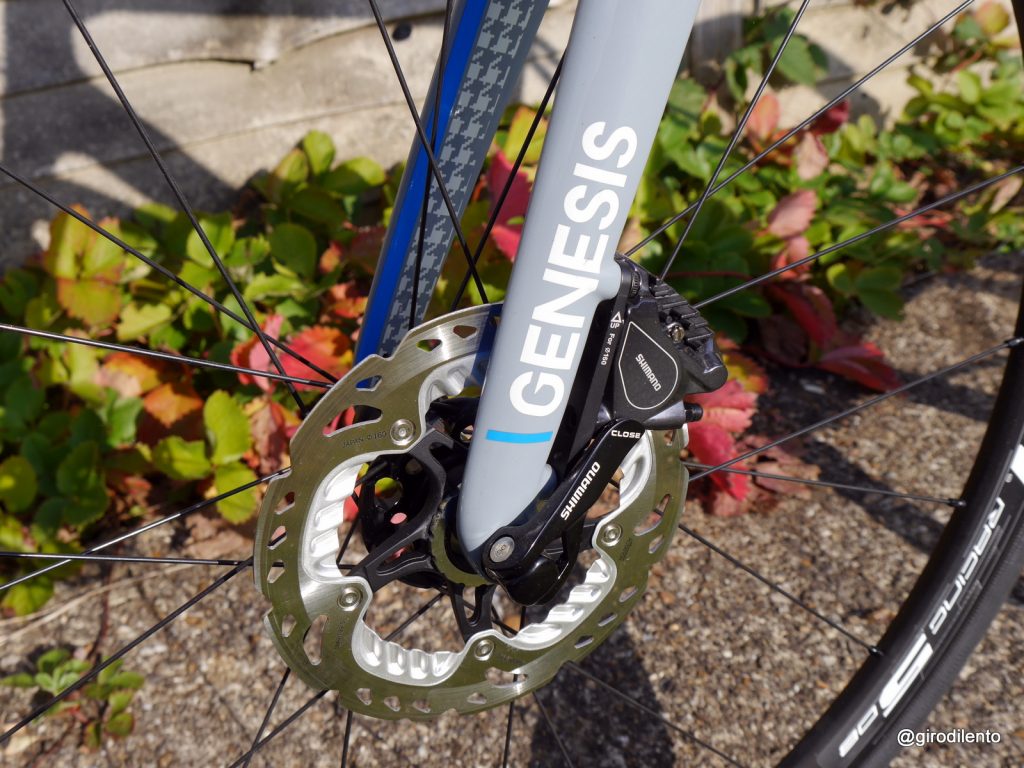 The design of Zero Disc is right up to date and that gives prospective owners, welcome confidence that they’re choosing a bike that’s as future proof as possible. 12mm through axles front and rear combined with flat mount disc brakes, electronic groupset compatibility, internal cabling all maximise your options for the future. The full carbon frame and fork feature the same 30/40 modulus carbon as the existing Zero range and this is a higher grade than that featured in the excellent Datum. 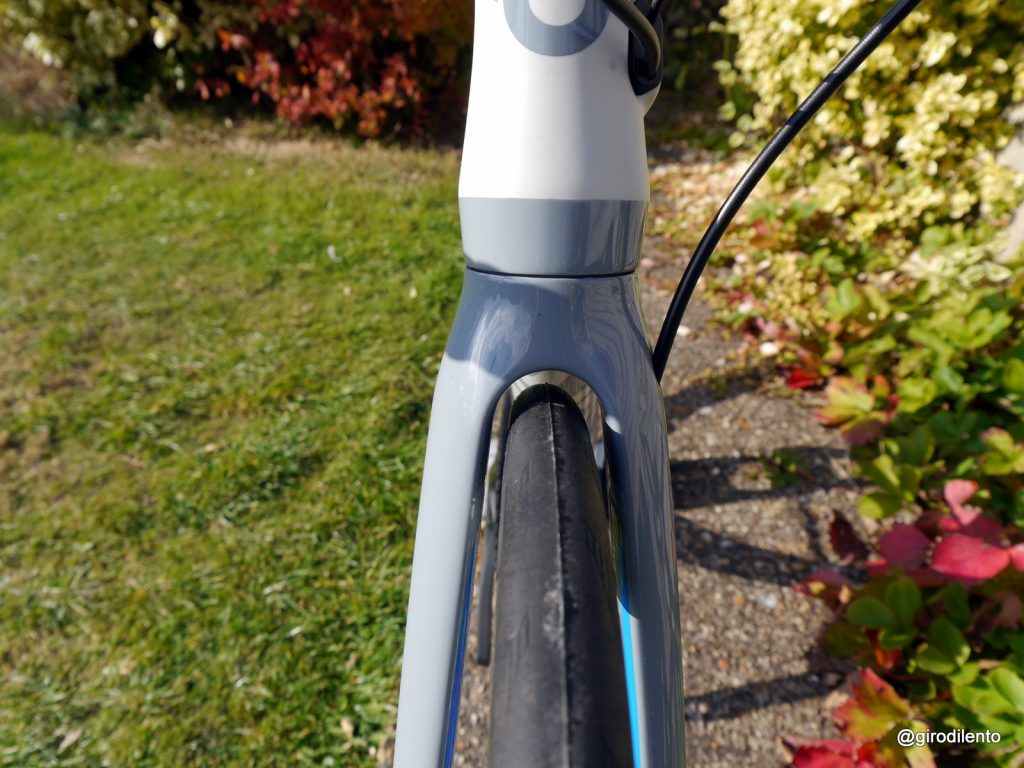 On the road, I felt that the disc brakes and through axles added confidence to riding the Zero, particularly at high speed or descending. Add to that the faultless performance of the Ultegra Di2 groupset and the Zero disc was a fine companion. The hydraulic disc brakes are a joy to use, requiring virtually no real effort and this perfectly matches the simplicity and ease of use of Di2. It’s a great reminder that this is my favourite groupset – particularly with the matching disc brakes.

The Zero Disc is a stiff frame and fork as you’d expect from a race platform. The through axles do add extra stiffness and you can feel that on the bike.  That strength/solidity did manifest itself in the ride quality – it feels like a strong stiff bike, so it was pleasantly surprising that it was also comfortable. There is just enough give in the ride. Sadly during the review I didn’t have a different set of wheels and tyres to try as I’m not a big fan of the Continental Grand Sport tyres, which I think are a bit wooden in ride feel, which distracts a little from the feel of the bike on the road. The Fulcrum Racing 5 DB’s performed well on the review bike but again if it was mine, I’d be looking to upgrade to something lighter and more lively as soon as the budget allowed. They’re a competent set of entry level wheels but on a bike specced like this, they’re an obvious place for improvement.  Switching them out would also help you drop the weight down a touch. 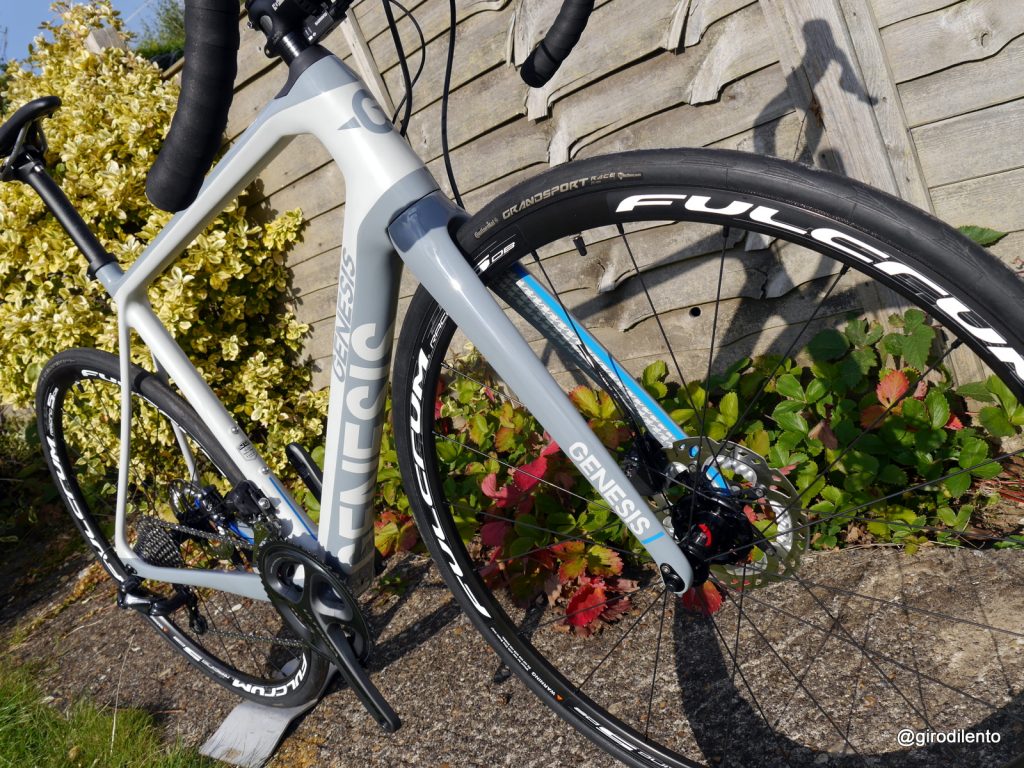 On the subject of weight, the bike in medium weighed in at 8.2kgs (without pedals or bottle cages). Genesis list the weight of the frame, fork, axles, seat collar & headset in a size large as 1.44kgs which sounds pretty decent to me. For context my lightest carbon Di2 caliper braked bike weighs 7.4 kgs, so the weight “penalty” in the switch to disc brakes including heavier wheels etc is around 800gms. That’s not a lot. Better, lighter wheels could drop 250gms off that as could lighter finishing kit. I reckon 7.8kgs is achievable if you want to aim for a lighter build. Frankly I didn’t feel held back at the 8.2kg weight. The Genesis didn’t ride like a heavy bike and a friend on an 11kg winter bike had no trouble dropping me – although that says more about my fitness than the bike!

As I’ve come to expect from Genesis, the spec of the bike has been well thought through. In addition to a bang up to date design of the frameset, the Zero Disc is specced with semi-compact cranks (52/36) and an 11-28 cassette, which is perfect for most UK riding. The disc brakes are on 160mm rotors front and rear, which stop just a bit more effortlessly than a 160/140 or 140/140 combination in my view. The 100mm stem on the size medium bike I was testing and the 420mm short reach, compact handlebars were perfect for me and were a pleasure to use. I’d probably look to swap out the alloy seatpost for a carbon one for a touch more comfort and whilst the Genesis saddle isn’t a favourite, I was quite comfortable. 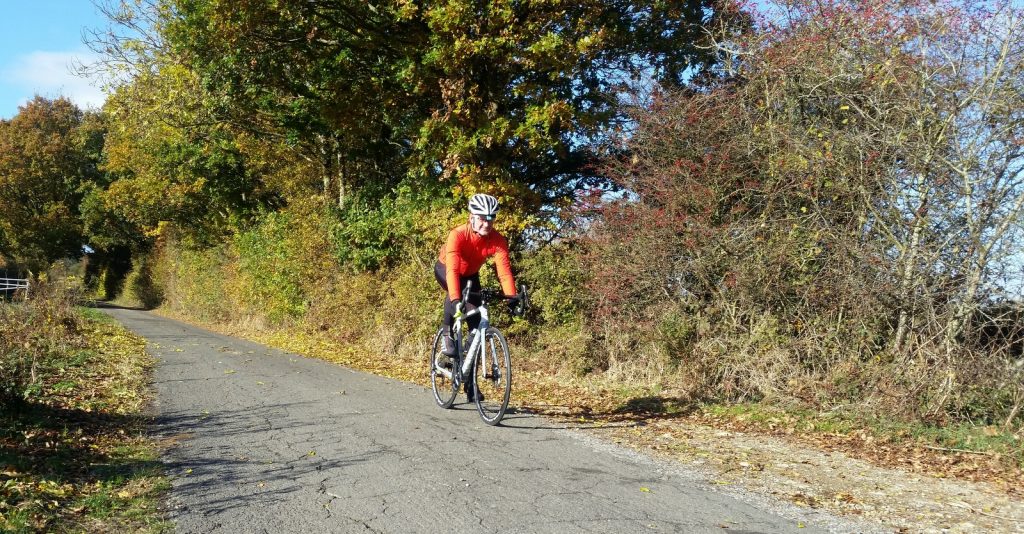 My only personal issue with the Zero Disc was that to me it felt a touch lifeless. I felt the bike lacked a little road feel or liveliness, which reduced the fun factor a touch. It’s a personal view though and one that you might not concur with, when you test the bike. It also could be due to the tyres and wheels combination or the stiffening up of the frame for the forces of disc brakes. It’s a subjective observation and it’d didn’t stop me enjoying riding the bike or it being good at what it’s designed to do. Also on a personal note, I particularly liked the look of the bike – the paint and graphics scheme work terrifically well. It’s a bike I always enjoyed looking at and being seen on.

For those of you who like the idea of disc brakes in an up to date design but who prefer race bike geometry over endurance, the Genesis Zero Disc is well worth considering. It’s a great looking, stiff, nimble handling disc braked race bike that’s well designed, good looking, well specced and delivers a firm but comfortable ride. 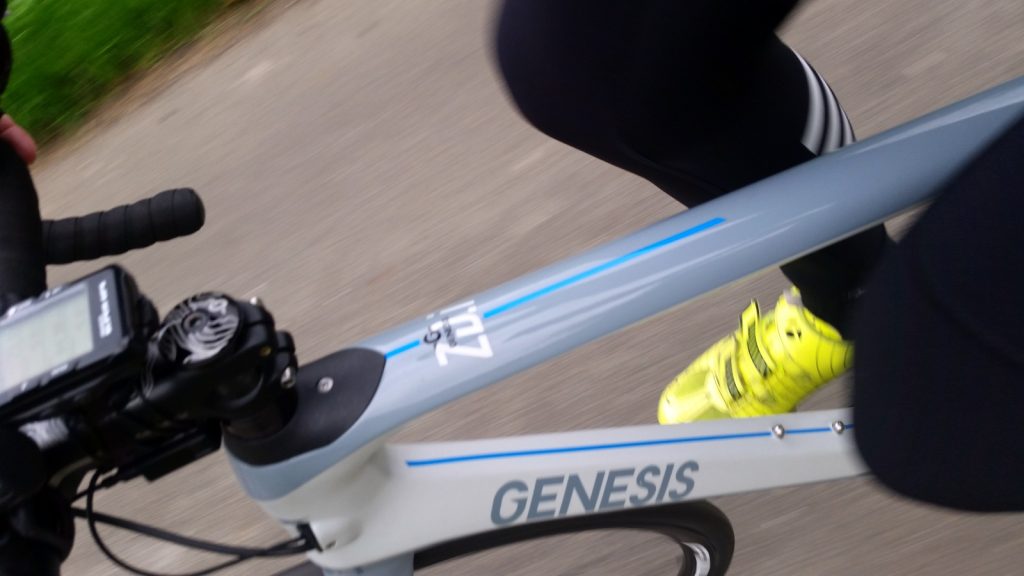 The Genesis Zero Disc is further evidence that this UK brand is continuing to do a fine job at creating an extensive range of excellent choices for UK riders. In simple terms, the Zero Disc is not a complex bike – it’s a disc brake race bike, featuring all of the current best specifications and it fills a gap in the Genesis portfolio very well.

If you like the idea of disc brakes but fancy something that’s not a race bike, there are plenty of other  fine choices in the Genesis range in carbon, steel, alloy or titanium (depending on the model) and include, endurance bikes, sportive bikes, adventure bikes and cyclocross bikes. The new Genesis Zero Disc is a worthy addition to the portfolio.

I’ve also created a short video review that you can see here (it’s my first go, so it’s not going to make GCN nervous but I hope it’s helpful to some):