On Friday morning as I ate my breakfast, I heard the news about the death of Mike Hall.

Like many cycling fans, I’d been watching Mike’s blue dot on the tracker in the Indian Pacific Wheel Race at all hours of the day and night. It had been the last thing I did at night and the first thing I’ve done each morning for nearly two weeks. Not only that, but I’d had plenty of debates before the race about how Mike was going to do. About his bike choice and how he’d fare against the also incredible Kristof Allegaert.

On Friday though, I hadn’t switched on my phone until much later than normal. I saw the news on Twitter and couldn’t believe it. As soon as I turned on my phone, lots of messages began appearing confirming the awful, awful news.

I only met Mike once last September at the Cycle Show in Birmingham. I met him via the team at Upgrade Bikes/Kinesis who he knew very well and by chance I was lucky enough to sit across the table from Mike at a dinner and next to his partner Anna. As many people will tell you, Mike was a very humble, quietly spoken, warm and kind man and I thoroughly enjoyed spending a couple of hours with him over dinner. He was relaxed and excellent company and it was a highlight of the show.

Mike was a uniquely gifted ultra-distance cyclist, with an amazing record, having won the Round the World Cycle Race in 2012 in a time of 91 days and 18 hours. Mike then went on to win the Tour Divide in 2013 and again in 2016

Mike’s winning ride in the 2014 TransAm race was covered in the film “Inspired to Ride”, which you can see the trailer for below, or rent or buy in this link

As well as his amazing record on the bike, Mike founded the Transcontinental Race to give something back to ultra-distance cycling and it’s become a hugely popular and influential race each year.

For many of us who love and follow cycling, whether you knew him personally or not, it was easy to see that Mike was an incredibly well loved and respected rider. Watching tributes pour in over the weekend, from the tribute rides in Australia, to blogs and videos, tweets and Facebook updates, people who love cycling all over the world recognise Mike’s loss as a huge and completely unanticipated tragedy.

Speaking to friends who knew him well, I found myself getting very emotional. Not just for the loss of an amazing person but also seeing how Mike’s sudden loss affected a number of people I care about. Mike inspired so many people and was also part of the shift towards long distance riding that’s been growing during recent years. Mike’s ordinary, quiet-spoken and generous persona resonated with people. For those that he met, he was encouraging and warmly supportive of people pushing themselves and undertaking challenging rides.

Even more sadly, Mike had spoken before both to the press and friends about his fears about cycling in Australia. These concerns have been widely reported and are shown in Mike’s own words in this video from the 5 minute mark. It’s chilling to hear Mike talking about dangerous overtaking on his round the world ride.

If someone like Mike Hall wasn’t safe to ride on busy roads, what hope do the rest of us have? Mike rode across the globe and in races for tens of thousands of kilometres and if even someone as experienced and sensible as him is now dead, it’s a doubly sobering and shocking thing. It shouldn’t just be luck of the draw as to whether we get home safely after each ride. This shouldn’t have happened to Mike Hall.

In the last two years, almost all of my closest riding friends have been hit by a vehicle in varying degrees of severity. This increasingly plays on my mind and it’s why I now campaign for better road design where I live. We won’t know exactly what happened for sometime, if ever, but my last few years of research has shown me that on roads with high speed traffic, vulnerable road users should be segregated. Otherwise not even the best riders in the world are safe.

I’m absolutely gutted that Mike Hall has been killed. It’s such a needless and senseless waste. The cycling world is poorer for his loss

I truly hope Mike’s death isn’t in vain and isn’t just another bunch of flowers by the side of a road. I’m pleased to see that there is real strength of feeling towards making this year’s Transcontinental the best yet and I look forward to that tremendously, even if it will never be quite the same.

Ironically Kinesis UK’s recent video featuring Mike helping to launch their latest Tripster, seems more poignant than ever and I commend it to you. RIP Mike, such a sad, sad loss

If you can, please support Mike’s family via James Hayden’s JustGiving page: https://www.justgiving.com/crowdfunding/Mikehall 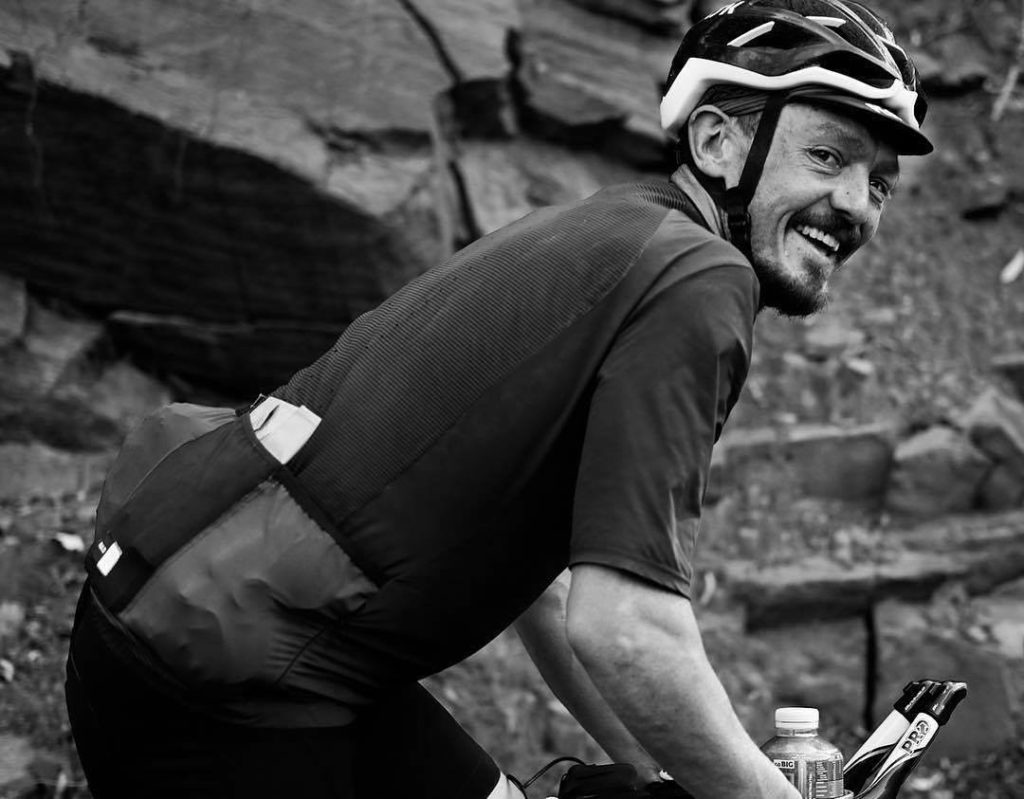