Like wider tyres, endurance geometry and disc brakes, tubeless tyres are also becoming increasingly prominent in road cycling. Also much like disc brakes, they’re a technology that’s been well proven in the world of mountain bikes for many years but I still don’t know that many people who’ve made the switch to tubeless as yet.

Maxxis are a long established tyre company and have a particularly strong name with off-road cyclists and they’ve brought some of this know-how to the Padrone TR I’ve received to review. 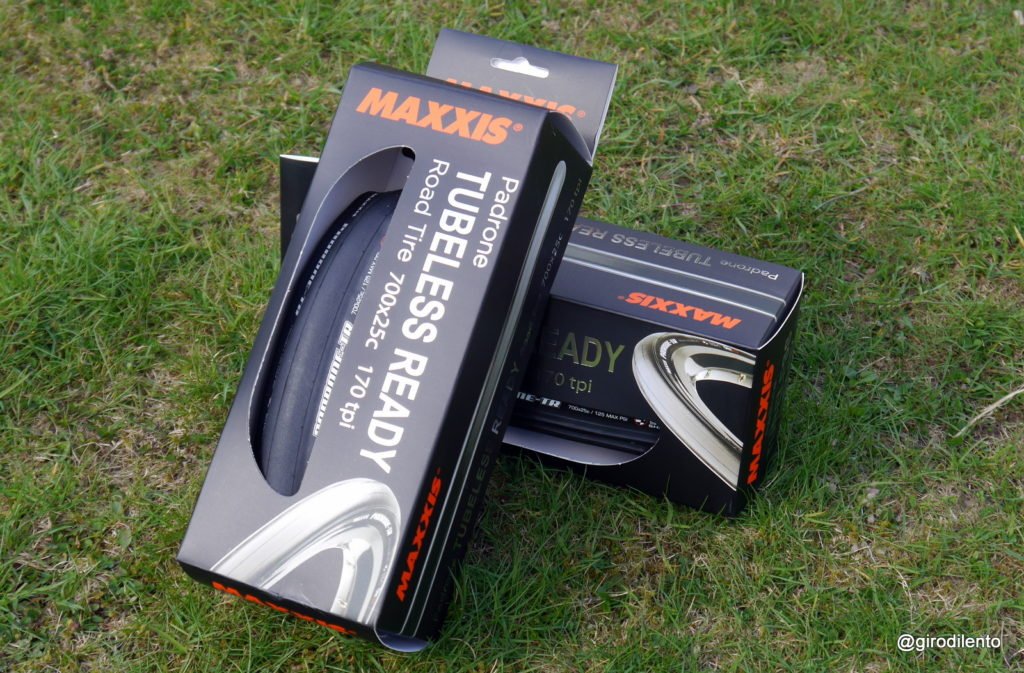 The Padrone TR are a race tyre with a 170 TPI casing (called ONE70 by Maxxis) and a carbon fibre bead, which combine to offer a low weight of 260gms as I have them in the 25mm width. There are also 23 and 28mm options if you’d prefer other widths.

Maxxis also say that there is a bead to bead tyre protection layer called “SilkShield” which should help you resist that dreaded “p” word and the Padrone TR tyres even come with complimentary tyre levers in case you need them to get them on or off your tubeless rims. 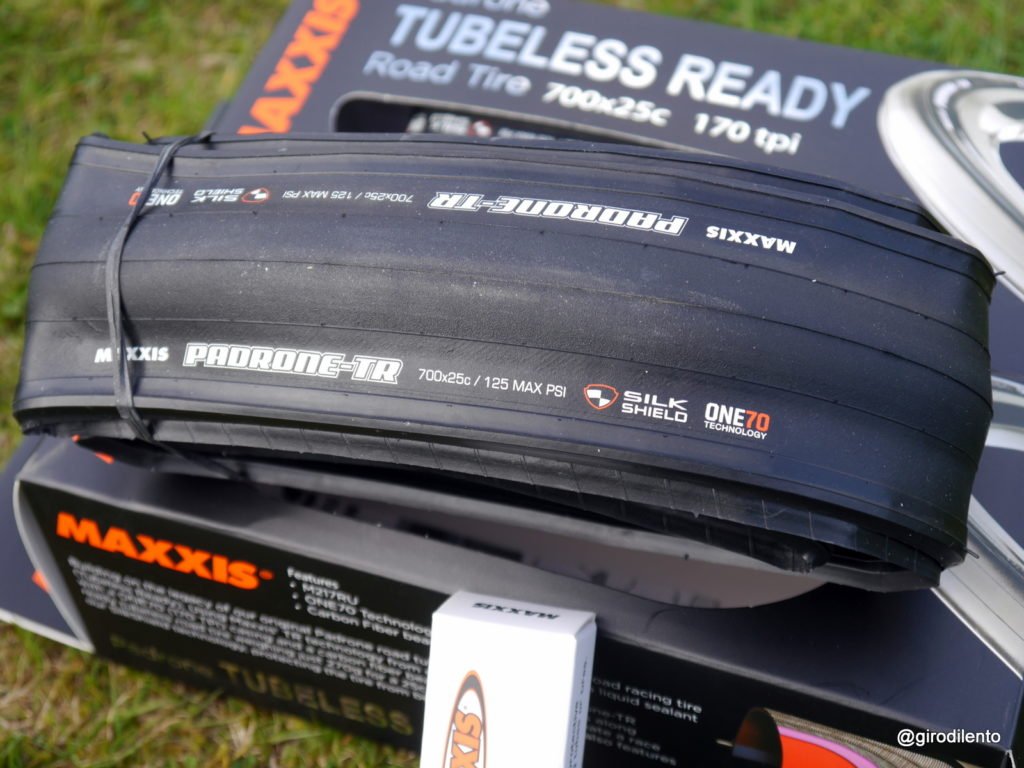 Trying to fit these tyres, highlights the learning curve of switching to tubeless. I had the Hunt Race Aero wheels ready and standing by, which even come fitted with tubeless rim tape. Getting the Padrone TR tyres on the Hunt rims was incredibly easy. Too easy as it turned out as they seemed to fit too loosely on the rims, which meant I couldn’t get them to seat with my track pump. I moved to a plan B, which was to use a tubeless inflator to pop them on. This was also a fail and I sought advice from Twitter. One piece of advice was to build the rim bed up a touch with a couple of rounds of insulation tape, so I tried that. Still couldn’t get the tyre to inflate.

At this point, I waved the white flag and contacted Glen at The Velo House in Tunbridge Wells, one of my local bike shops. Glen removed the insulation tape and replaced with two more layers of wider tubeless rim tape and popped the tyres on first time. I have a MilKit tubeless kit in for review too, so Glen used the MilKIt valves and injector whilst fitting the tyres. I’ll write about them separately but it looks like a very impressive system. 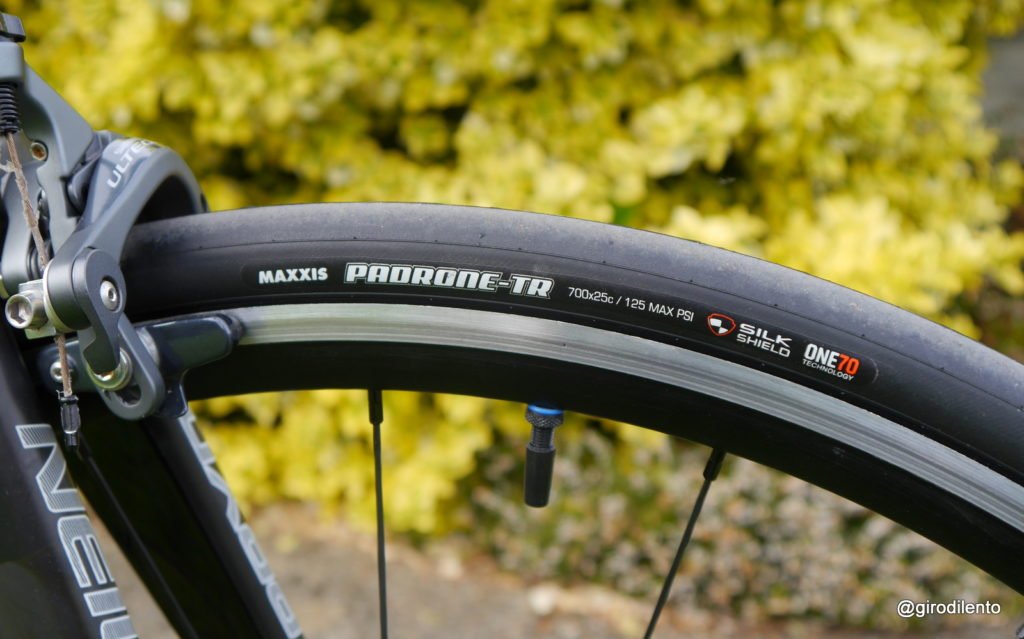 So, I now have the tyres fitted to the rims and inflated, topped up with Effetto Mariposa sealant and they’re ready to ride.

I’ll get out there and get some miles in and report back in due course.

You can see the Maxxis product page for the Padrone TR here: http://www.maxxis.co.uk/catalog/tyre-485-padrone-tr 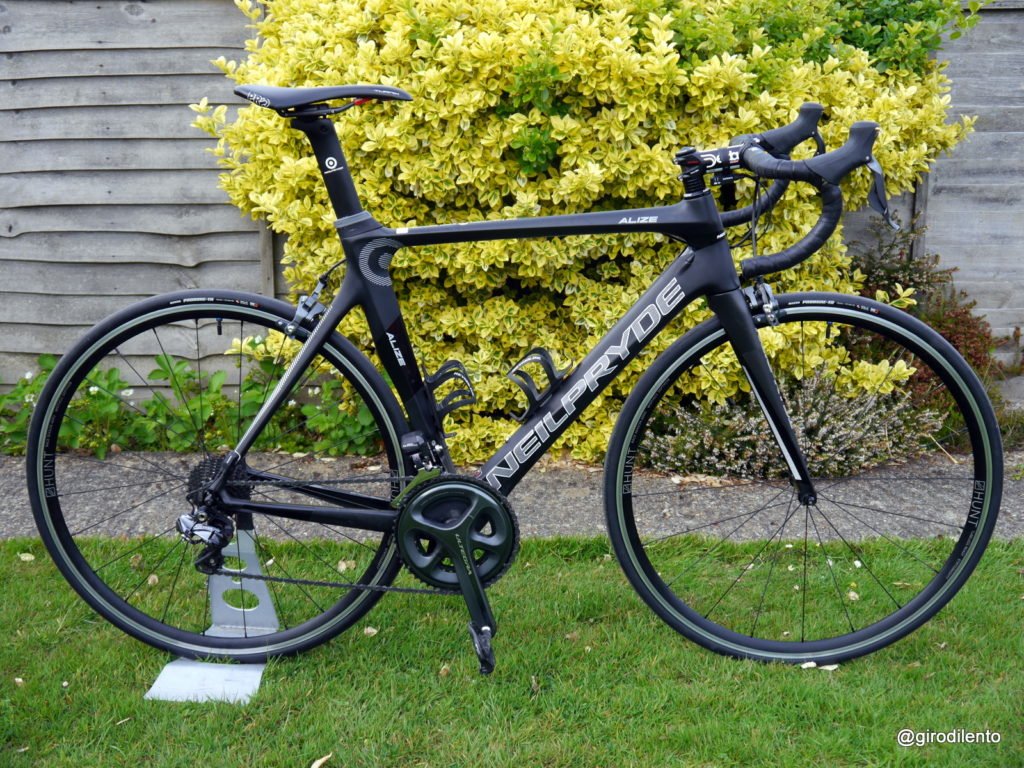