Home
|
Hall of Fame
|
girodilento products of the year 2014

One of the things I most love about having this blog is getting to try new products. I’ve always been interested in new developments and new technologies and I feel fortunate that the cycling industry increasingly helps me do this thanks mostly to the growing numbers of you that read this blog.

The purpose of this post is to look back at all of the products I’ve spend time with this year and to choose my stand outs. So each of these “winners” are items I’ve actually spent quality time out riding with. 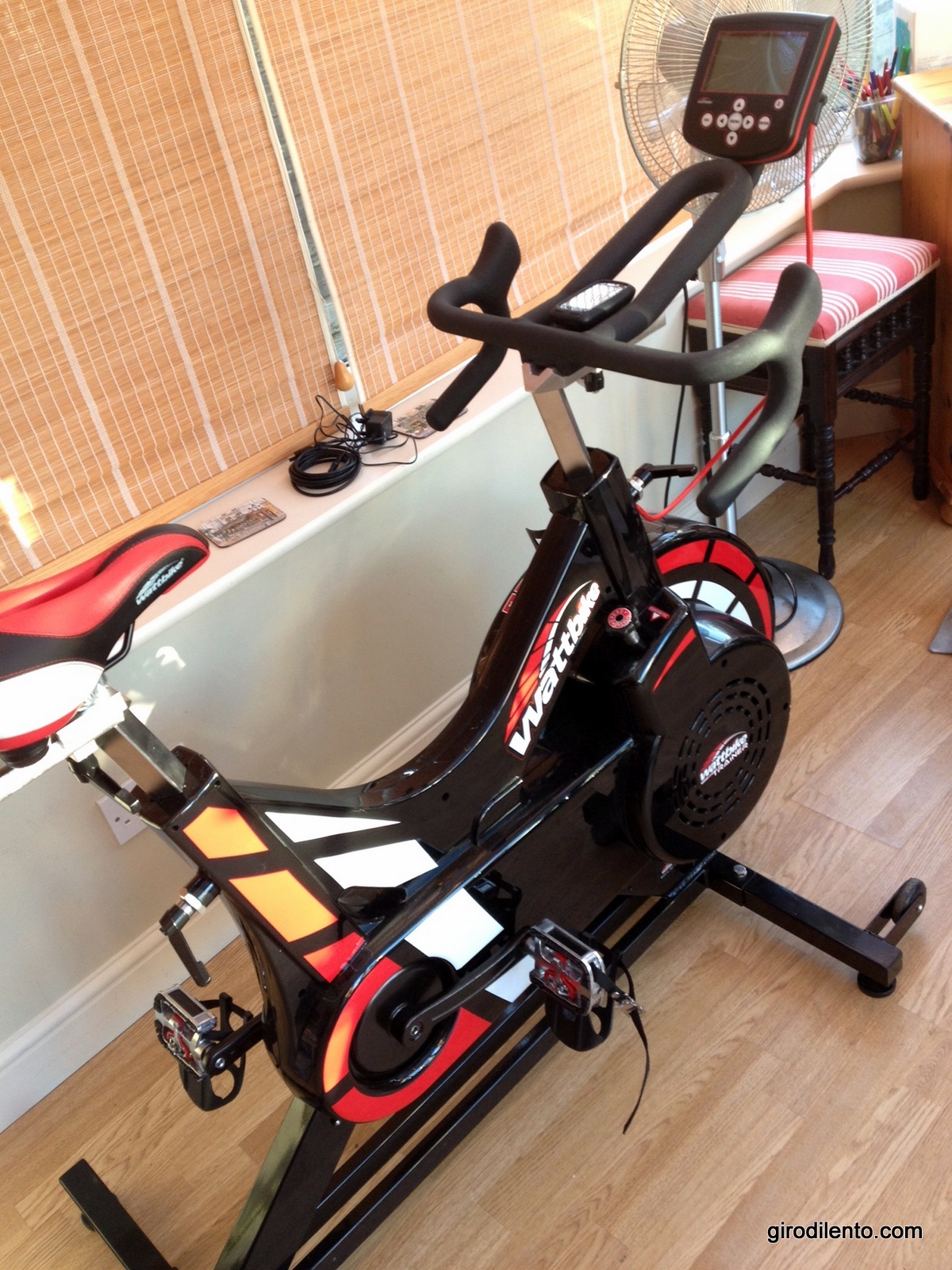 Training with a Wattbike has been a revelation to me this year, as you’ll have noticed if you’ve read any of my posts about it. Using the Wattbike to undertake a structured training programme using both Heart Rate and Power will deliver results if you do the work. You’ll also need less time to train if you’re following a programme on a Wattbike. They cost as much as a really nice winter bike but considering a really good power meter is easily over £1,000 on it’s own, I think it’s good value, especially as it largely removes any need for me to ride in the rain. Find out the key things I’ve learn’t about the Wattbike here: 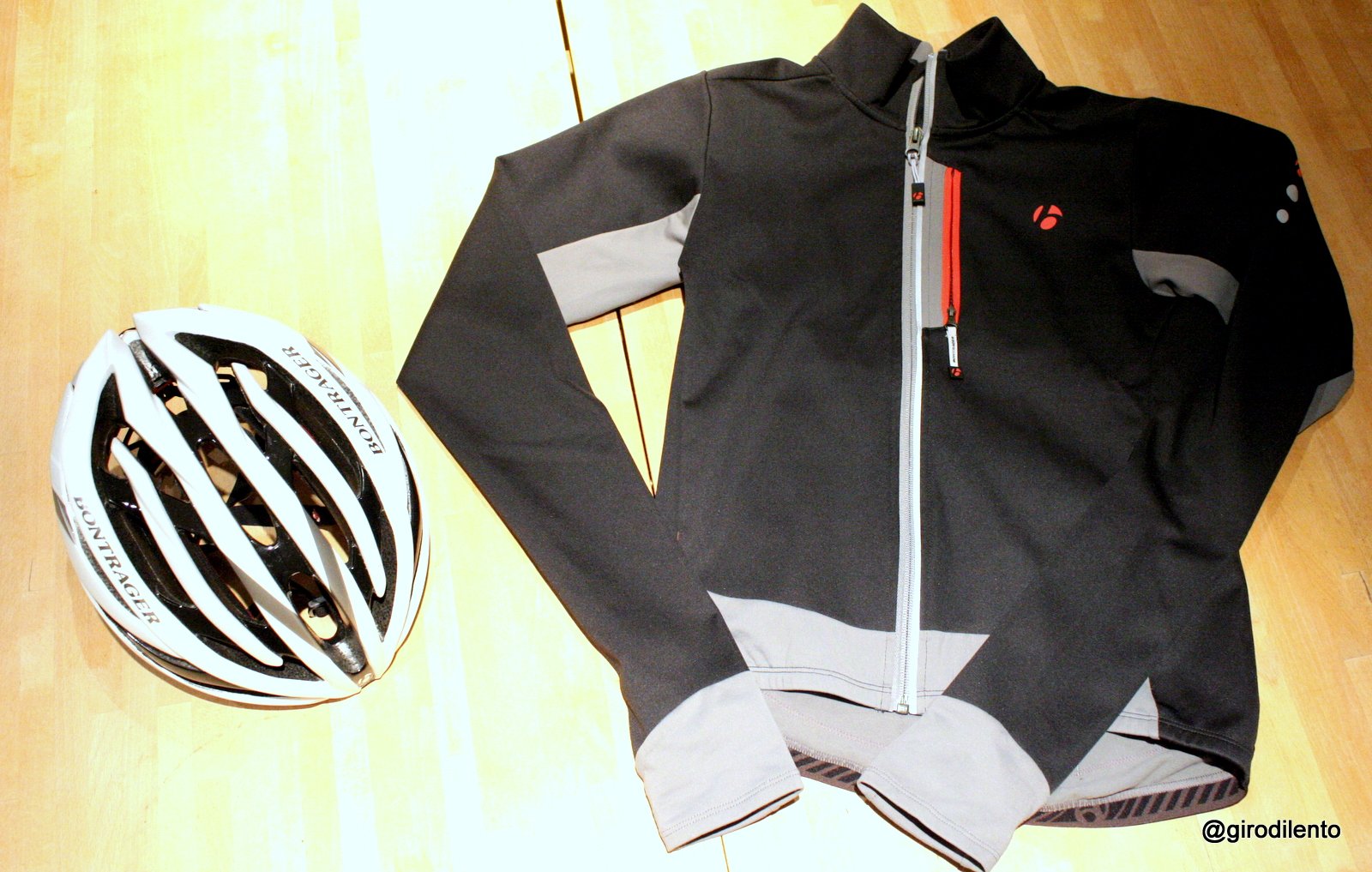 The Bontrager RXL 180 Softshell has become one of my favourite items of clothing to ride in and I’ve spent a lot more time in than I could have imagined. In simple terms it’s a long sleeve jersey with a wind proof front. The back of the jersey is more breathable to help keep you from getting too hot. It’s one of those garments that’s designed with autumn or spring riding in mind – cool to warmish temperatures that we get a lot of in the UK. Retailing at £90, I think it’s great value and it works brilliantly and is wearing well after at least 20 washes. I think this is a fantastic product and I couldn’t imagine being without one now.

I’ve spent a lot of time on this fabulous wheelset this year. I rode them at the Liege-Bastogne-Liege sportive back in April, a number of UK sportives including the New Forest and on regular social rides. I’ve ridden them a lot on both my NeilPryde Alize Aero bike and my steel Stoemper Taylör. The more I’ve spent riding these wheels, the more I’ve fallen for them. They’re really fast, great in cross winds, better than you’d think at climbing and the faster you go, the more they give. I also spent a few hundred kilometres on the 46 Aero during the year and although Reynolds say that 46mm is their signature depth, I personally prefer the 58 Aero over the 46. Certainly the deeper wheels look better on my aero frame (as the shallower wheels look better on my steel Stoemper) and the 46s do accelerate a touch quicker (being lighter), feel a bit snappier and probably deliver aero benefit from a lower speed. However the 58s are just flat out faster. For me the only place they lose out to the 46s is on steep climbs, where you’re not going that fast anyway. Everywhere else, I’d choose the 58 Aero, every time. I think they’re an amazing wheelset. 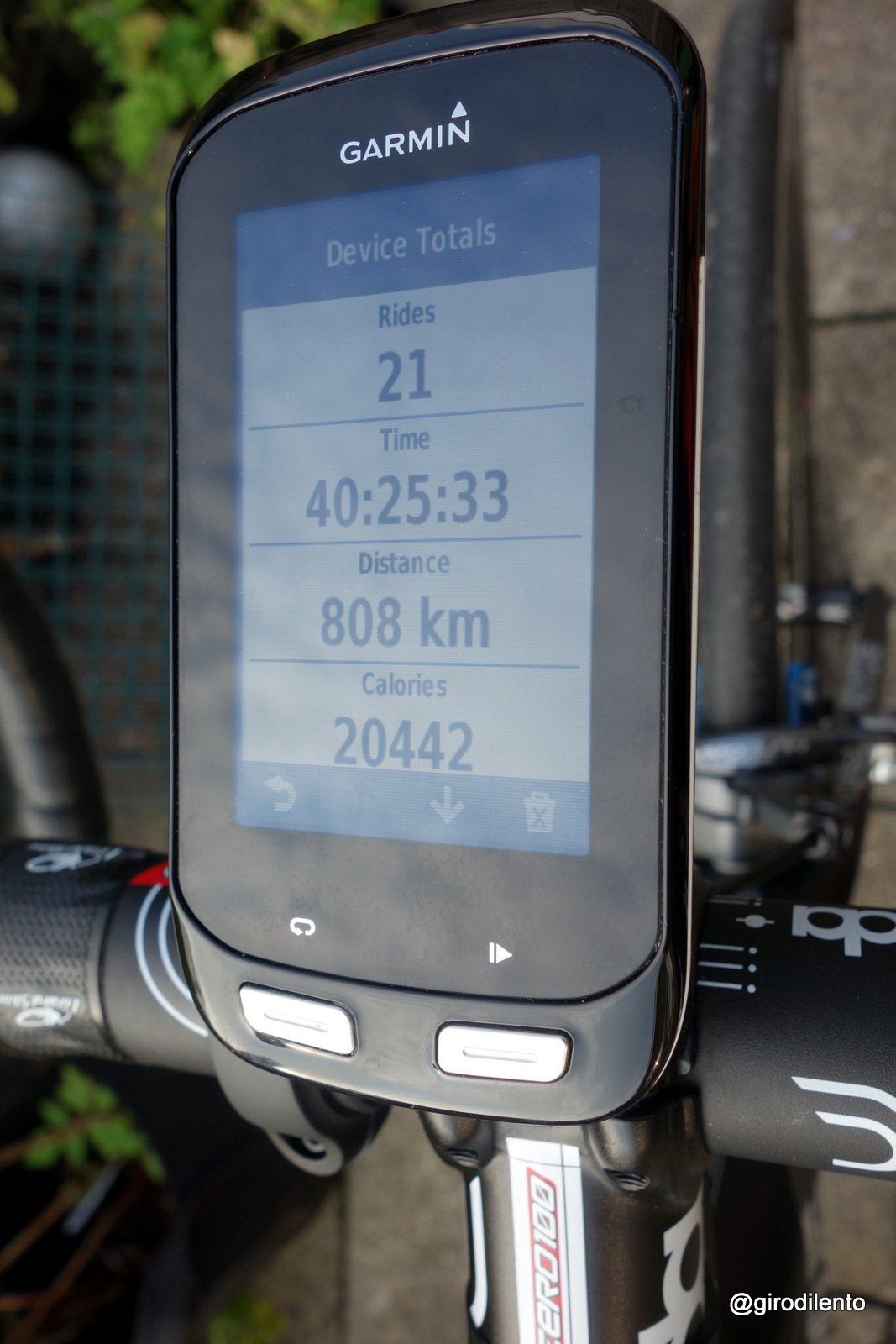 I’ve been running a Garmin Edge for a few months and since it’s arrived, I’ve only sporadically gone back to my old Edge 800, which is now gathering dust in a drawer. In some respects the Edge 1000 is less of a game changer than an evolution. Lots of aspects of living with the Edge 1000 are just a bit better. Much like the theory of marginal gains, lots of small improvements lead to a tangible difference. Some of these little things, include the bigger screen, which I find much easier to view. Then there is the auto brightness, which helps battery life and helps ensure you can always see whats on the screen. The switch to Open Streetmaps is also a good small evolution, not least because it means every version of the Edge 1000 comes with full mapping as standard. This is the first Garmin I’ve used with wifi and I love that before I’ve got back into my house, my rides been uploaded to both Strava and Garmin Connect. The device finds its GPS fix much faster than my 800 and pulling the quick menu down from the top of my screen, helps get to most extra settings I want to tweak. Accuracy seems excellent as well and I’ve found the battery life improved as a well – two big things where smartphones fall down. I still don’t think it’s easy enough to browse the map when you’re out riding and wifi connecitivity can be hit and miss. It’s not perfect but it’s still a fine product and I’m enjoying it so much that my old 800 may never come out of the drawer again. 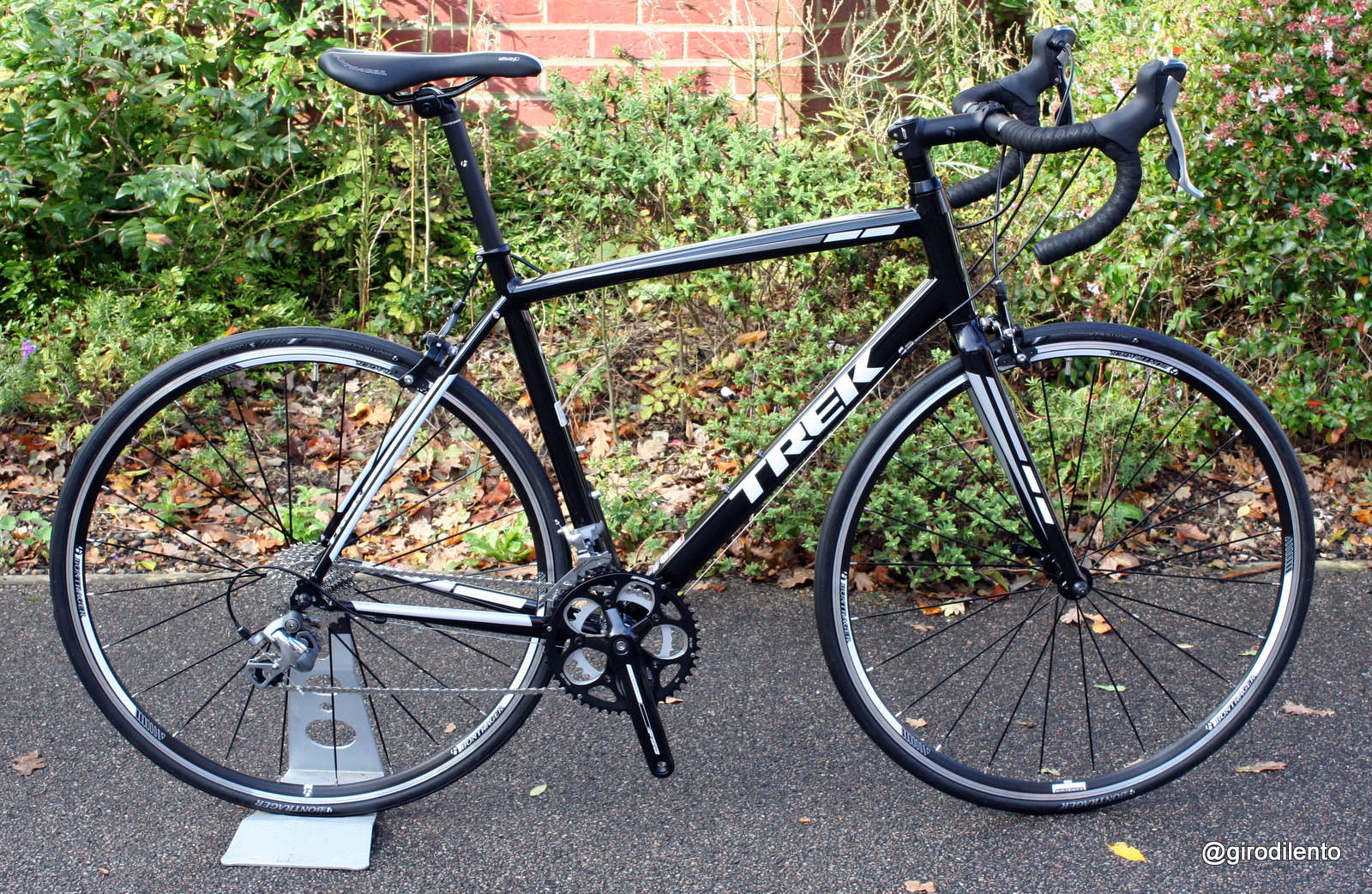 The posts I’ve written on the Trek 1.5 have been some of the most viewed on this site all year and this is a pleasing. Not just because it’s great to have the page views but also because I think the Trek 1 series is a fantastic beginners bike now and it’s my first suggestion for anyone looking for a good entry level bike. It has a great geometry, it’s well priced, it has a lifetime warranty on the frame and it’s a pleasant smooth companion on the road. For me, the killer detail is clearance and mounts for full mudguards and a rack. So it’s a great winter bike that doesn’t cost the earth but rides really well. Yes it’s a touch portly but it’s a complete bike for £750 – something has to give. You can put lighter wheels on if you wish or just run the standard ones until they’re worn out. They’re not sexy but they’re tough. I’d swap to 25mm tyres personally but there’s really nothing to change. Buy it, ride it and add mudguards for winter or commuting. It’s a terrific bike. 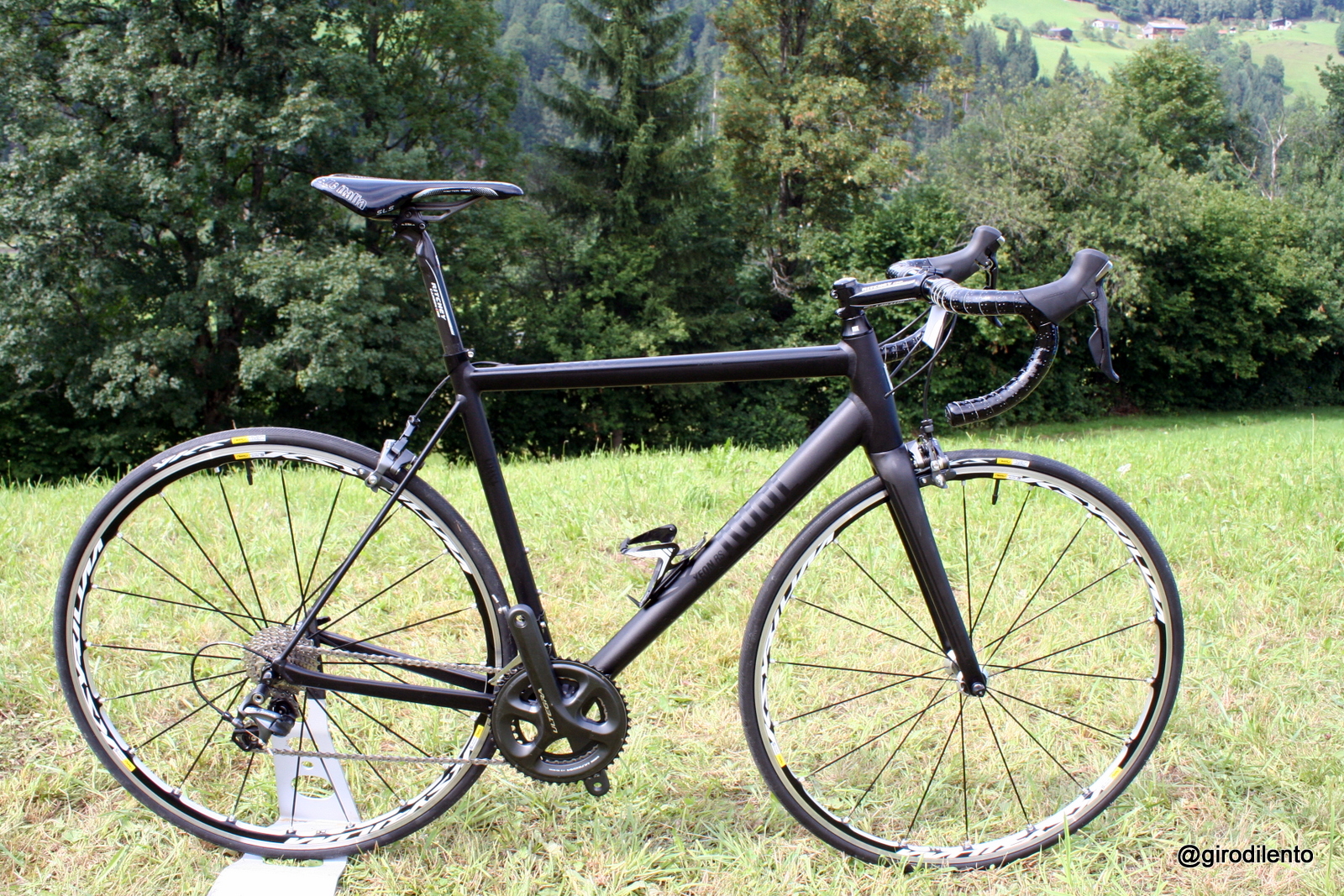 In late July I was lucky enough to be invited to join Rose Bikes for their 2015 press launch. During the trip we got to ride a bunch of the new models but only for a relatively short ride each. I have to say that I was very, very impressed with two of the bikes in particular. The 2015 Xeon RS 3000 (full Ultegra and Mavic Ksyrium Elite wheels) complete bike retails at just over £1400 and I thought it was a fantastic riding bike. Light, comfortable, fast, lively, good feedback. A fantastic road bike for the price and an amazing spec. The new aluminium frame and full carbon fork rode incredibly well in the admittedly only 30ish kilometres I rode. I preferred the ride of the aluminium frame to the new carbon ones as I felt it gave a bit more feedback (although it’s not quite as smooth). The same went for the new Xeon DX. I reviewed the previous design and enjoyed it a lot but the new model (which adopts the design and geometry of the Team CGF and GF) is a great endurance ride. Again, light, lively, comfortable and well priced. 2015 should be a very good year for Rose and their customers. 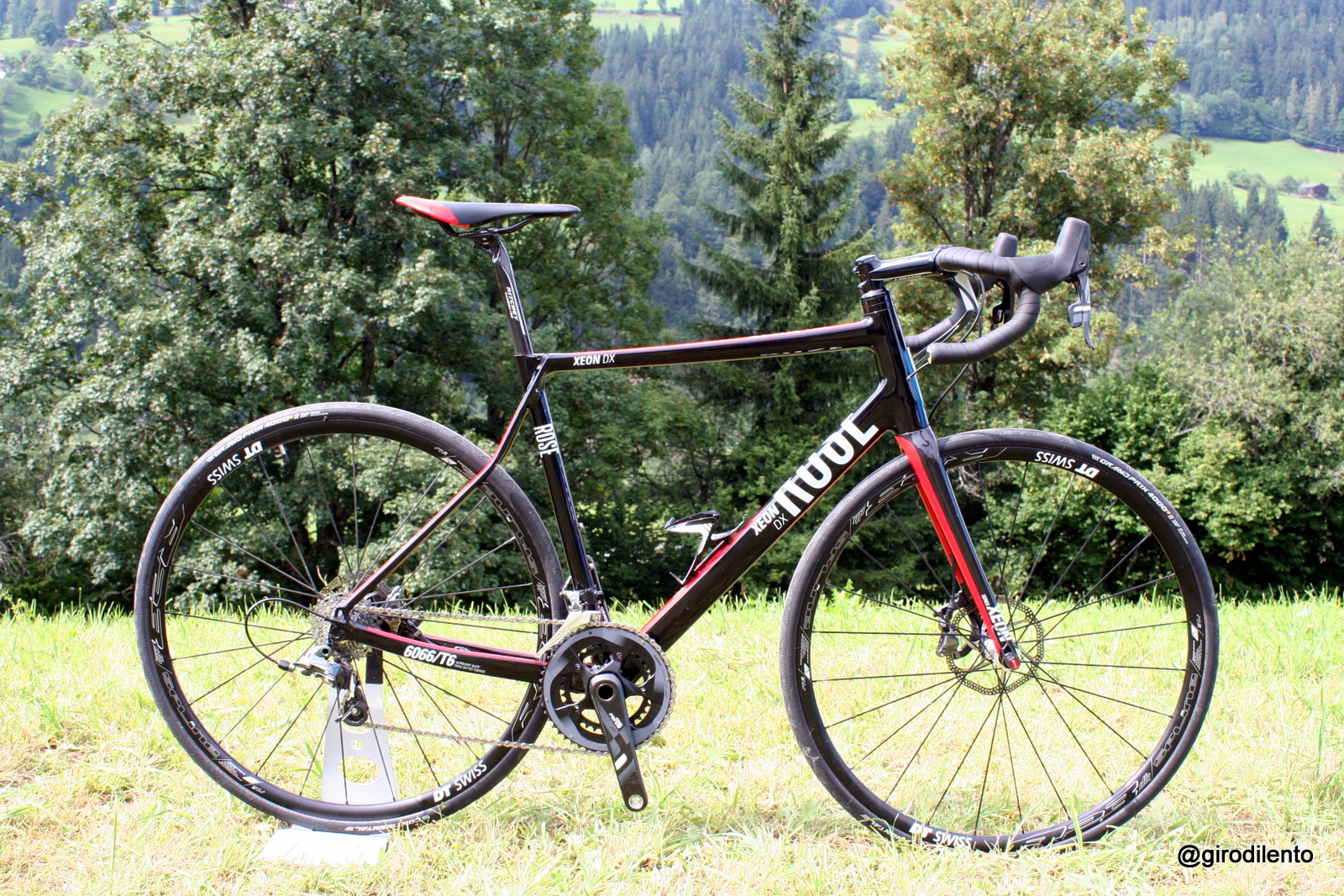 The girodilento product of the year 2014: 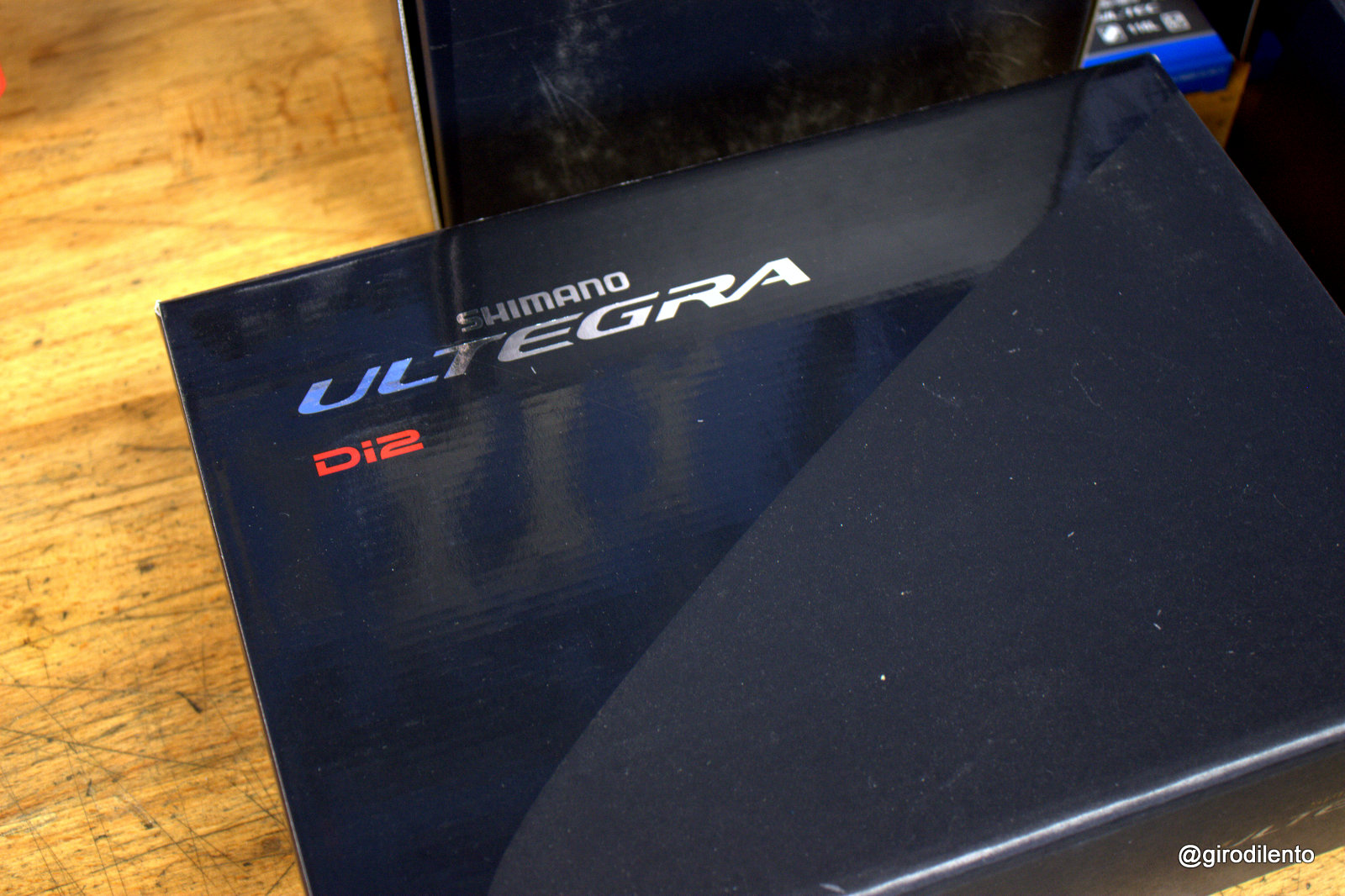 The product that’s stood out the most this year is definitely Shimano Ultegra Di2 and it’s the girodilento product of the year for 2014. I have to confess that it took me a couple of months to win me over as at first I was worried that it was more of an extravagance, a  toy, perhaps a touch gimmicky. But overtime I was completely won over by just how well it works. Perfectly. It’s an absolute joy to ride. I have been running the full caliper braked 6870 groupset on my NeilPryde Aero Bike and it’s been faultless. 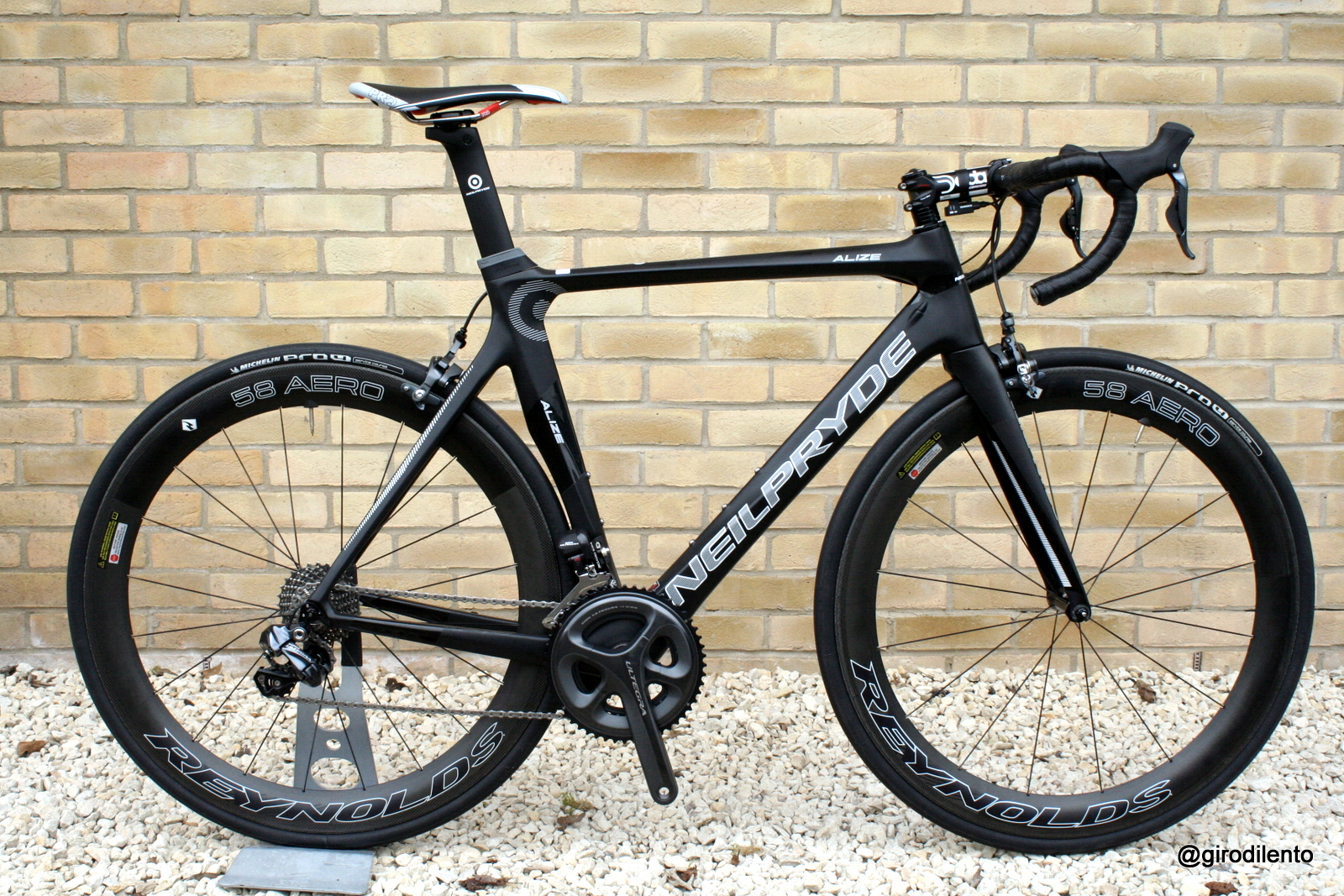 It’s made a bike I love anyway even better. 11 speed Ultegra Di2 is the 4th generation road product and it shows in how well it works. 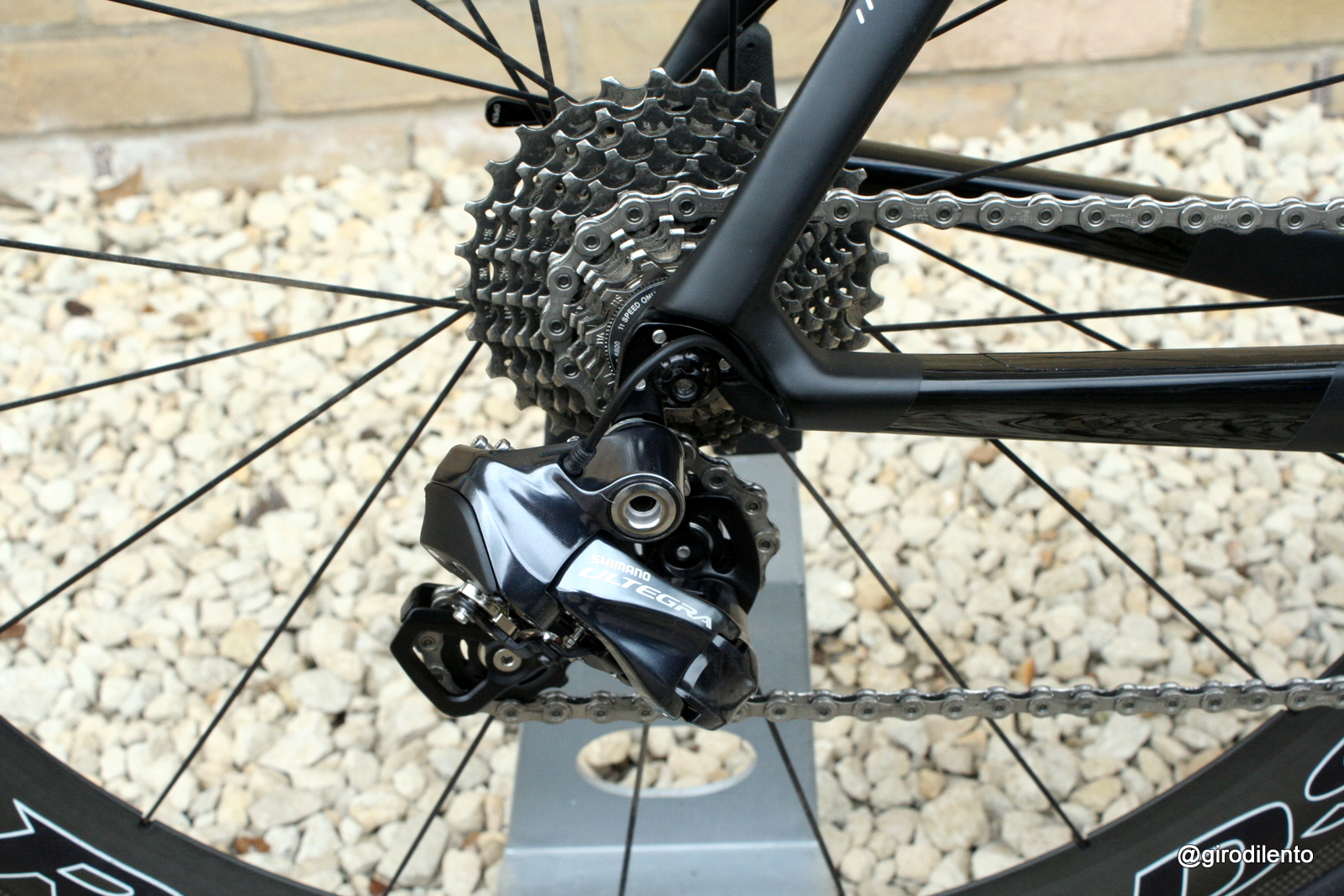 The shifting has been faultless from day one and now nearly 1,000km later it’s still perfect and completely quiet.  Battery life is excellent and charging the battery is quick and easy. The only change to my riding that I’ve had to make in living with Di2 is to make sure that whenever I get off the bike, I disconnect the battery. 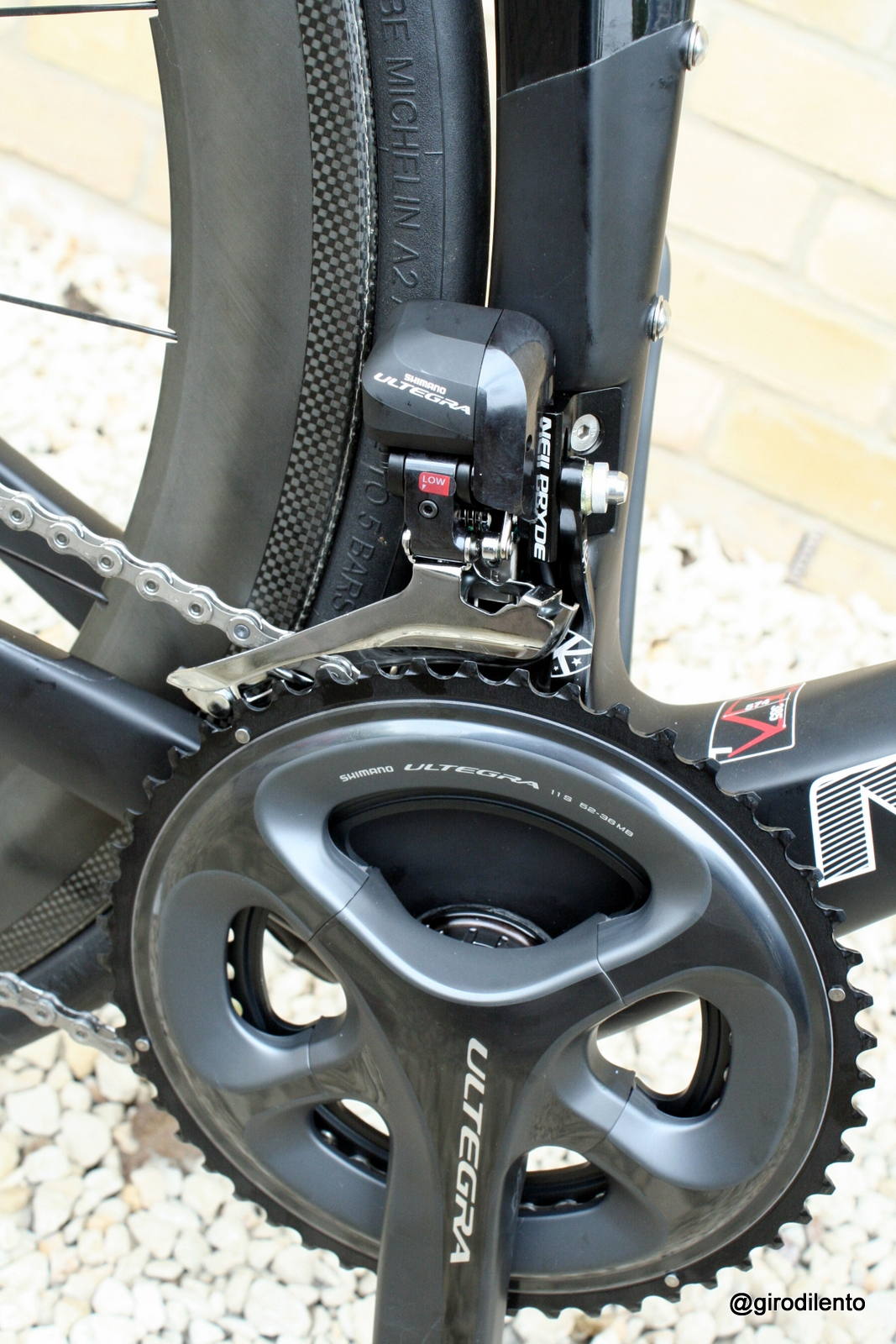 This is because even leaning the bike against the wall, if the shift lever button is pushed, the motor will shift and it can bend something. Same with taking the bike in the car – disconnect the battery before it goes in so if the shift buttons are pushed, you don’t bend your front mech or your gear hanger.

I’ve also spend some time on the Ultegra Di2 with the R785 hydraulic brakes and shifters and these are also hugely impressive. Fabulous stopping power in all conditions. The only negative is that the disc braked version isn’t light and probably adds 500-750 grammes over caliper brakes. For some that’s too much. On a light frame, it’s not a big deal – especially when it’ll give you the best braking you’ve ever had on a road bike. Shimano’s hydraulic disc brakes are outstanding (if a little portly), and are tangibly superior to any other brakes I’ve tried on a road bike.

With or without disc brakes – Ultegra Di2 is fantastic and it’s my clear winner for product of the year.